New Zealand Rugby took another step towards selling a minority stake in its commercial arm, including rights to the iconic All Blacks brand, to a US private equity firm on Thursday, but still needs to secure the buy-in of players.

The proposed deal, under which Silver Lake would purchase 12.5% of the commercial rights for $281.8m (€232.45m), was unanimously approved by the 26 constituent provincial rugby unions at NZR's annual general meeting.

The All Blacks are by far New Zealand's best-known sports team and many in the rugby-mad country have expressed concern at even small part of such a national treasure coming under foreign control.

Outgoing NZR chairman Brent Impey described the deal, which values the rights at $2.23bn (€1.84bn), as a "transformational" opportunity for a game and the potential cash injection as "undreamed of in sports in New Zealand".

"We are convinced this can benefit everyone in the game," said Robinson. "No one needs to go backwards in the work we are doing."

The final step to secure the deal promises to be the toughest, however. 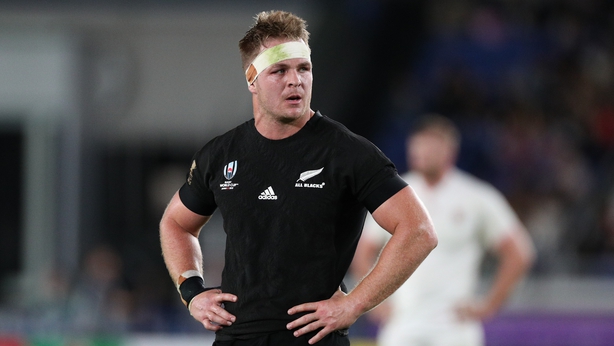 The New Zealand Rugby Players' Association (NZRPA), backed by All Blacks captain Sam Cane (above), wrote to NZR in January saying they would block the sale because of concerns over a loss of control and the risk of "cultural misappropriation".

"I've expressed publicly disappointment that the players association have not come on board and given their approval," Impey added.

"I would hope that the message that was sent today would be understood, because they are all part of our team."

NZRPA chief executive Rob Nichol said the union had put negotiations with NZR on hold "for a few weeks".

"Between us, we need to resolve what the collective (agreement) will look like beyond this year in order for the players to respond to NZR's request for approval of the proposed Silver Lake transaction," he said on Thursday.

New Zealand Prime Minister Jacinda Ardern, when asked about the deal, said it was a matter solely for NZR and did not involve the government.

"What we have encouraged is for talks with New Zealand Rugby amongst players, and of course the interest of provincial unions, to all be taken into account," she said.

Silver Lake mostly invests in technology companies and has over $79bn (€65bn) in assets under management. In 2019, it paid $500m (€412m) on a 10% stake in the City Football Group, which owns English Premier Club Manchester City and other teams around the world.

Manchester City were one of 12 top European clubs who announced a breakaway league last week. The proposed European Super League was shelved when many of the teams withdrew in the face of criticism from fans, politicians and federations.