Poppy Cleall's try on the stroke of half-time put England in the box seat and coach Simon Middleton's side secured their eighth consecutive victory over the French.

Scarratt converted the game's only try to send England into the changing rooms 7-0 to the good.

Caroline Drouin posted two penalties after the turnaround as France battled back into the contest, with England struggling to contain the visitors to The Stoop.

The mistakes mounted as the pressure told on England, but the hosts' robust defence denied France any chance of a try that could have turned the game. 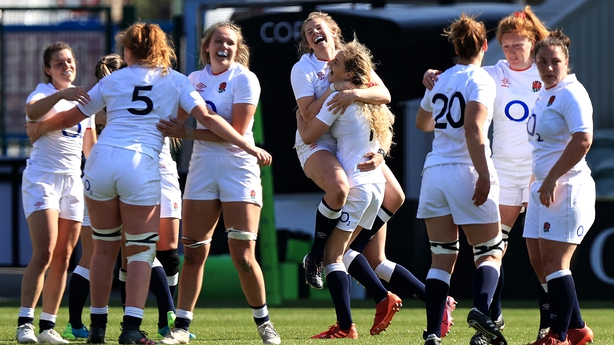 And just when the French thought they would be able to break the home resistance, England powered upfield through a sequence of driven lineouts and then pick-and-go phases off rucks.

The home side played the clock and the French breakdown inaccuracy to perfection, milking a kickable penalty at the death.

Scarratt duly stepped up and slotted the goal, with England then negotiating the final minute to claim the victory, and with it their third Six Nations crown in a row.