Live blog on RTÉ Sport Online and the RTÉ News app from 4.30pm.

Live coverage on RTÉ 2 and the RTÉ Player from 4.30pm, highlights on Against the Head, RTÉ2, Monday 8.15pm.

It'll be a mostly dry day in Cardiff with occasional bursts of sunshine. Some wintry showers are possible however on what will be a chilly afternoon. 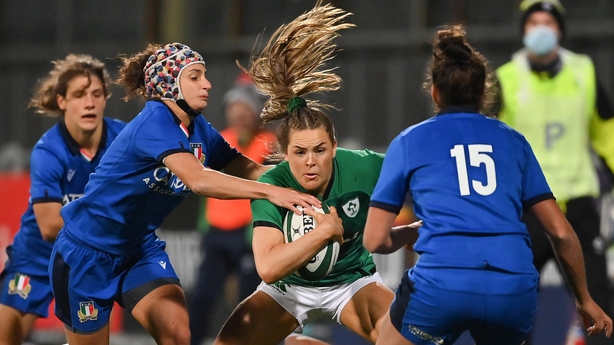 It’s the delayed first round of the Women’s Six Nations for Adam Griggs’ Ireland, who have played just one competitive match in 14 months. That clash came last October against Italy.

This year the format has been changed: there are two three-team pools, with Ireland housed in Pool B alongside the Welsh and France. Pool A is made up of defending champions England, Italy and Scotland.

Given Ireland's lack of competitive fare the only thing we can say for sure is that they are straining at the leash to get back out on to the field.

Against the Italians they recovered from a sluggish start to eventually see out a comfortable 21-7 win. Understandably, there was rustiness. At that point Griggs' team hadn't played for eight months and that was evident in some loose passing and setpiece sloppiness.

Griggs has said this week that although he expects some errors, his team have set the bar high in training.

"The players are talking about how they feel the fittest and fastest and strongest they've been, so we have to make sure we put that into practice and drive standards from our side," he said.

Winning the tournament is an unrealistic target given the strength of England, the only fully professional outfit in this Six Nations, but overall third would be a very positive showing that would see Ireland go into the top tier of the new global WXV tournament in 2023.

Wales already have one Six Nations game under their belt - last week's 53-0 drubbing at the hands of the French. Caroline Boujard scored a hat-trick of tries inside the first 15 minutes on what was a very difficult day at the office for Warren Abrahams' charges.

They didn't win a game in last year's championship and though they will certainly fancy their chances of putting it to Ireland far more convincingly than the highly impressive French, the visitors will travel across the Irish Sea expecting to inflict another defeat on their hosts. 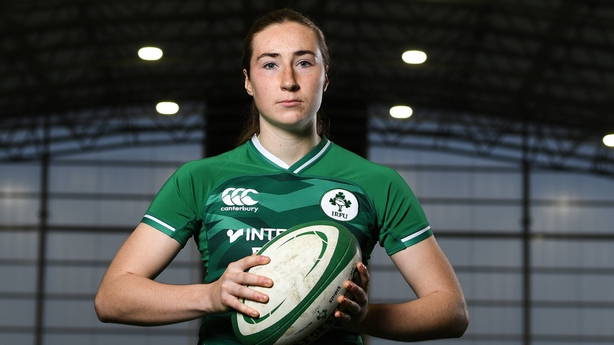 Abrahams makes four changes to the team that lost last weekend. Pacey wing Jasmine Joyce is unavailable - she's been called up to Team GB's Sevens squad - so Courtney Keight comes in in her place.

Cara Hope and Cerys Hale start in the front row while Natalia John has been named at lock.

It's also a landmark afternoon for Robyn Wilkins who will earn her 50th international cap.

For Ireland, Eve Higgins (above) makes her debut at outside centre. Higgins has shone for the Sevens team and gets her chance to impress in midfield alongside Sene Naoupa.

She's one of three changes to the side that beat Italy. Eimear Considine returns to full-back, with Lauren Delany going on to the right wing and Beibhinn Parsons on the left.

The uncapped duo Emily Lane and Stacey Flood are both on the replacements bench.

Warren Abrahams (Wales): "We can only focus on the stuff we can do. If we keep believing in our process, ourselves, and the people around us then the rest will look after itself.

"We’ve got a game under our belt and we’ve learnt some really good lessons. It’s going to come down to the team that’s most adaptable and wants it the most. The team that plays is tactically smart enough will come out on top."

Adam Griggs (Ireland): "We are extremely confident in the squad we have selected. We have had a great deal of time to prepare together and this group of players have earned the responsibility to bring the high standards we've set ourselves throughout training into this first game.

"Wales at home will bring a strong challenge and we need to make sure we start the game well and build a platform that allows us to play our game and start this competition off with a win."