Ireland prop Andrew Porter says that it's 'vitally important' that the Six Nations goes ahead next month.

Last week the women's and men's under-20 competitions were postponed, leading Eddie O'Sullivan to tell RTÉ's Saturday Sport that it would be the 'kiss of death' financially for rugby if the men's tournament didn't take place.

The French government are looking for certain guarantees before allowing their national team to play in the competition, having already pulled their club teams from the remaining pool stage games of the Heineken Champions Cup.

'I think it's vitally important that it does go ahead' - Andrew Porter speaks about the Six Nations, which is due to get underway next month #RTERugby pic.twitter.com/6A9YlQ5huR

Their Sports Minister Roxana Maracineanu has thus far only approved France playing the opening fixture against Italy in Rome.

"I think it's really important for the game that it does go ahead," said Porter of the northern hemisphere's biggest competition.

"Even if there are no fans there, like there was in November. I think it's important to try to keep the game alive and keep the game going, even in these unprecedented times.

"It's also a huge opportunity for us as a team. So I think it's vitally important that it does go ahead.

"We are privileged that it is going ahead. Unfortunately the women's and the under-20's Six Nations were postponed and it's terrible that that happened." 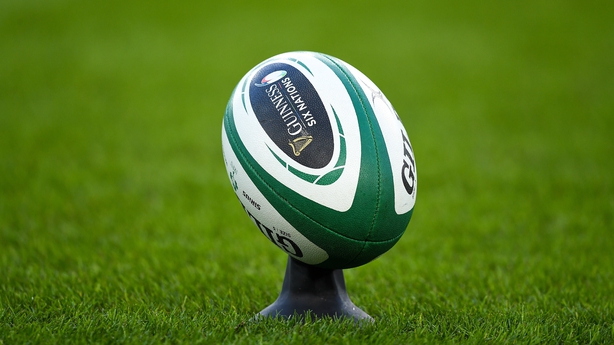 Before all that, Leinster have an inter-pro derby in the Guinness Pro14 against Munster on Saturday night, followed by a trip to Scarlets the following weekend.

The province confirmed that Seán Cronin and Ciarán Frawley will be available for selection for the game, while James Lowe and Garry Ringrose will require further assessment later in the week.

One player who definitely won't be involved is Tadhg Furlong, with treatment for a calf injury still ongoing. A gap from the game which approaches 11 months now leaves his chances of selection in Andy Farrell's Six Nations squad in the balance.

Leinster though will head to Thomand Park this weekend off the back of a spirited victory over Ulster 11 days ago.

It was much needed after a defeat to Connacht in their previous game left the three-in-a-row champions facing the prospect of missing out on a place in this year's Grand Final.

That may still come to pass, but their fate is back in their own hands after three second-half tries saw them claim the bonus point at the RDS.

"There was a bit of hurt from the week before, losing to Connacht," admits Porter.

"We needed a big performance. It was a slow first half and there was a bit of a chat - a regrouping - at half-time just making sure that we did get the result, especially in the RDS as well.

"We got the result on the day and it did feel like it a big game."

Looking to this weekend, Porter says Leinster versus Munster is "one of those games you always look forward to."

He continues, "I remember when I was there in Croke watching Leinster play Munster and I think that's where it started for me, and it's grown and grown over the last few years.

"Especially playing down in Thomand Park. it's a huge game. It's a shame we didn't get to play them on St Stephen's Day.

"Ever since we found out that we'll be playing them this week it's been at the forefront of all of our minds.

"They've been playing some really good rugby. Especially coming back against Clermont. They've only lost one game in the Pro14 this season and (they're) unbeaten at home as well.

"It'll be a good challenge for us going down there and playing against a team of the calibre of Munster.

"It's a huge test but it's something that we're relishing."

The campaign has been anything other than normal so far for all the Irish provinces.

The European season began with a new format of reduced pool stage games ahead of planned home and away quarter-finals.

With just two rounds played however the rest of the pool stages were cancelled in fixtures that were supposed to take place last weekend and this weekend coming.

There is speculation about the fate of the so-called Pro14 Rainbow Cup as Covid-19 continues to surge in South Africa, which is due to provide four of the teams taking part.

While the Lions tour is also up in the air, with former Munster coach, and current South Africa supremo, Rassie Erasmus saying yesterday that, "we desperately want to play the Lions, and we will do anything to play them."

For Porter, it's a case of not looking too far ahead.

"I don't think anyone has really faced this sort of situation ever, not that I know anyway," he points out.

"The way things are going you just have to be versatile and roll with the punches.

"The European games were cancelled but we're very lucky to be playing this week and to have something to look forward to.

"And hopefully to give the people at home something to look forward to as well."