Andy Farrell says he is relishing the challenge of facing reigning Rugby World Cup champions South Africa in the pool stages of the 2023 Rugby World Cup.

Monday's pool draw saw Ireland pitted against the Springboks in Pool B, alongside Scotland, an as of yet undetermined team from the Asia/Pacific region and a European qualifier.

"It's fantastic. You're always going to judge yourself against the best and in this moment in time, South Africa are number one in the world and rightly so," said the Ireland head coach.

"That's a great challenge for us and obviously the rest of the group is pretty similar to the last World Cup, regarding Scotland being in there and we'll look at how the other draws shape up.

"But it looks like similar types of teams that have been in the last World Cup that we could be coming up against again.

"Obviously, with the world number one South Africans thrown in there, rather than the hosts Japan in the last World Cup, it's certainly something that gets you thinking about next steps and the journey ahead." 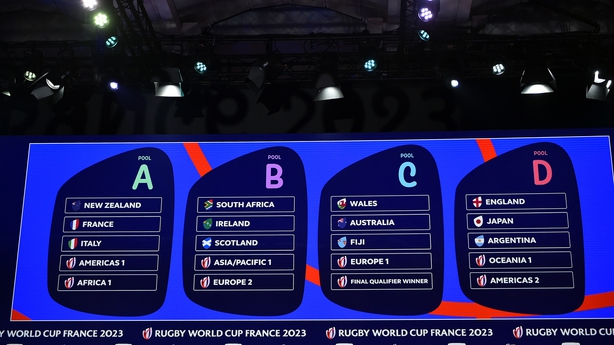 While Scotland will not be an unknown quantity given the annual meetings against Ireland in the Six Nations, Farrell added that he is hopeful of facing South Africa in a test fixture between now and France 2023.

"We get to play Scotland every single year and the rivalry will continue which is a great, strong rivalry," he said.

"But obviously there's a Lions tour that's shaping up for the summer of next year and that could be a big opportunity for our boys."

Should Ireland navigate their way out of the pool, a World Cup quarter-final against either hosts France or New Zealand is the most likely outcome and Farrell welcomed the potential of facing a French side that they already take on annually, while like South Africa, he expects to face the All Blacks at least once over the next couple of years.

"But there is a tour in three years time that takes us to New Zealand - a three-game tour - which is super exciting and something to build on," he added. 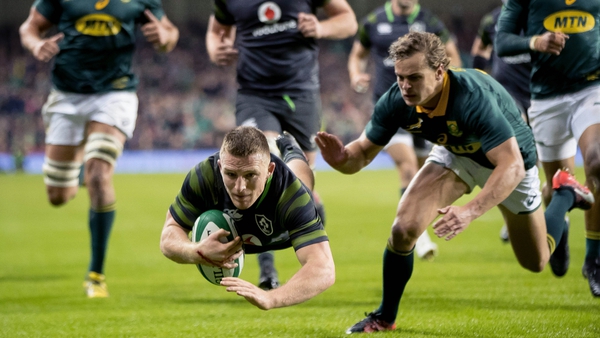