An abysmal second-half performance left Andy Farrell with very much to ponder on a difficult night in the Stade de France. For what it's worth, here's how we rated the Irish charges.

Often offers so much when on the front foot - but security and safe hands are paramount in the full-back position. Fumbled in lead up to French penalty try - a sequence which also cost Doris a stint in the bin. Before that, along with Keenan, had hesitated along the sideline to allow Rattez to keep the ball in play, eventually leading to Dupont's opener. Poor handling throughout may have left Irish viewers lamenting Rob Kearney's positioning in the TV studio rather than the No15 shirt. Did race over for an injury-time consolation try.

First-half knock-on almost led to a French try, Murray eventually clearing desperately. Failed to make much headway on the wing.

Excellent in defence but struggled to make an attacking impact for large parts of the game - particularly in the face of a second-half French onslaught. And yet, from nowhere, slalomed down the line for a stunning individual try on the hour mark.

Never anything other than brave, aggressive and ready to attack. Even managed to snaffle an overthrown lineout ball in the first half. Not his best work in lead-up to third France try, however. Replaced relatively early.

Along with Stockdale, must carry some of the can for France's first try. Almost made amends immediately when running on to Sexton's prodded grounder, but a high bounce scuppered his chances of an equaliser - as did Bouthier's intervention. Irish fans - had they been there - may have bayed for a penalty try, but referee Barnes demurred. Later knocked on when chasing a box-kick.

Unerring as ever from the placed ball. Broke the 50-point marker for points against this opponent. Decision to go for the corner - rather than pocket three points from a routine penalty kick - just before break could be questioned. Conversion from under the stand after Henshaw's brilliant score was a beaut. Replaced after 69 minutes and was not best pleased with the decision.

Always involved in the attack. Took on an early 57-metre kick and showed Raymond Galligan-like range to comfortably cover the distance - without, alas, the accuracy. Kicking from play a source of Irish pressure all evening.

The Dubliner's 100th appearance for his country had everything - an equalising try off the back of a scrum followed shortly by a trip to the doctor's tent after a slight head injury which saw him replaced temporarily by Ed Byrne mere minutes after the prop had touched down.

Ireland's lineout was at worst disastrous and at best untidy. One Herring dart even found Aki - quite fortuitously - at one point. Ironically, it was a lineout malfunction that inadvertently led to Henshaw's second-half score.

Left for dead in lead-up to France's opening try. Along with Ryan, provided the muscle and bulldozing pressing to lead Healy in for his try. Unimpressed with some of Barnes' decisions regarding French penalties.

Did his best to prevent France's crucial early second-half try, but was rearranging the deckchairs in a game-but-struggling pack for much of the second period. Won crucial penalty not long before Henshaw's fabulous try.

Helped power Healy over the line for his try. Felt the brunt of French physicality on more than one occasion but dished plenty of it out in return. Could almost smell the tryline just before half-time as Ireland pushed for a crucial score - but a crushing Willemse snuffed out that attack.

Was acquitting himself more than admirably before his desperate tackle on Cros after Stockdale's slip cost his side a penalty try and sent Doris to the sinbin to have a long hard look at himself for 10 minutes. Returned just before the break as Ireland pressed unsuccessfully for the try line.

A tiring - and sometimes tiresome - day in a brave but always under pressure Irish pack. Replaced.

A wrecking ball when on the front foot as always. The French knew they were in a game anytime the ball arrived around the No8 position. Forced penalties, drove the hard yards. Standard from Stander.

Replaced Healy as he went for a head check and helped force a penalty which Sexton connected with. Would then return just after the hour mark to give the pack some fresh legs.

Came on when Ireland were on the front foot and joined right in.

Added experience to the Irish pack but could do little to make up for an error-strewn Irish performance in the second half.

Stepped in to give the overworked Beirne a breather.

Took over from Murray as Irish enjoyed their best period of the game.

Provided fresh legs - and muscle - to the tiring pack.

Replaced Sexton - who was less than impressed. Made little impact, but did convert Stockdale's try. 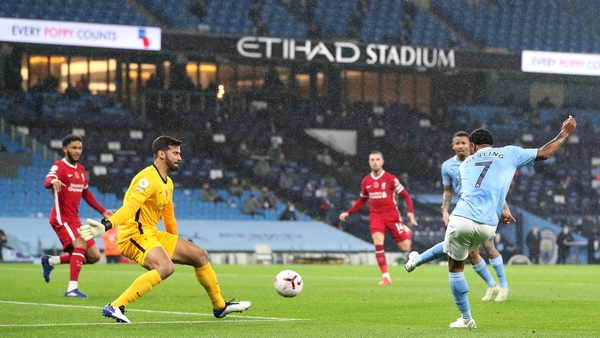