Despite a dip in form Conor Murray should still be Ireland's first-choice scrum-half, according to Ireland's record try-scorer Brian O'Driscoll.

There has been criticism of the Munster man of late, with Eddie O'Sullivan telling the RTÉ Rugby Podcast in February that Murray had lost some of his attacking threat.

Ulster's John Cooney has been dropped from the squad off the back of an indifferent start to the new season for the northern provice.

And O'Driscoll says he can understand why some people think Murray is being treated differently from others.

"Is Conor Murray being picked on form?," he pondered at a Guinness media event.

"There's something in that but I've played with Conor Murray and I understand why him at 80% capacity is still very much to be reckoned with.

"The calm, the influence that he brings to the rest of the side - the comfort and confidence that he generates with those that have played with him for 10 years and those that are just coming in.

"What they will see at training is him never getting flustered, plugging holes, doing all the clever things.

"I've always been a huge Conor Murray fan and continue to be, even though he's not at the height of his contribution over the last 10 years." 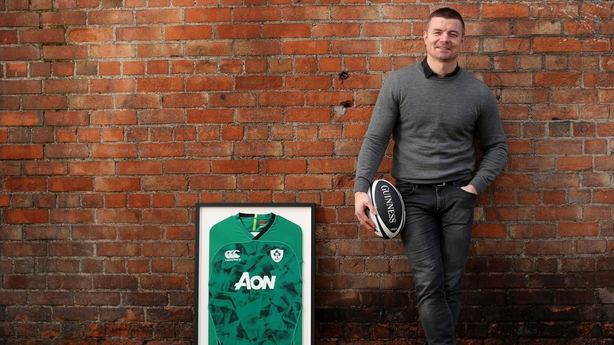 And for the former Leinster and Ireland outside centre, there's still one area where Murray excels like no other.

"Conor Murray's pass is the best pass in Ireland," he says.

"What should your scrum-half be doing better than everyone else? It's passing the ball.

"It's Conor Murray first, then John Cooney, then Jamison Gibson-Park, then it's Kieran Marmion - on the passing level.

"If you're the best passer you're straight away in a strong position."

Looking at the two games coming up, O'Driscoll is confident of getting the victory with a bonus point against Italy in Dublin.

But he has concerns about the influence the forwards can exert in Paris the following weekend.

"You look at what happened to Leinster in the Saracens game and that's pretty much going to be the Ireland front row," he warns.

"You're going to come up against a difficult scrummaging team - in Italy - but particularly in France. If you don't have a solid scrum, it can be a long day at the office, as England found out and as Leinster found out.

"That would be a small bit of a concern, and I'm sure it's something that they're focusing on massively in the last couple weeks to make sure that they, at very worst, get parity.

"And the quality and speed at which they play their own scrum ball is fast and they're playing high octane, high energy from the scrum.

"Rather than trying to dominate the opposition."