Leinster comfortably won the 2019/2020 Pro14 final on Saturday night against Ulster in the Aviva stadium. It was the result and, to an extent, performance many had predicted.

Ulster came out of the blocks with the first score and looked to be doing what Munster couldn't in terms of taking the game to the reigning champions, but that's as good as it got.

Dan McFarland’s side had plenty of chances to score but they simply couldn’t break down the Leinster defence after that initial early burst.

After that, they took control for large parts of the game, scoring a well-worked try through James Lowe after a fine pass from Jameson Gibson-Park.

Leinster never gave Ulster the lead back from that point on but the middle part of the game was a bit of a stalemate before Robbie Henshaw intercepted and ran in from 50 metres.

That, in effect, was the end of Ulster’s hopes and Leinster closed it out in third gear. 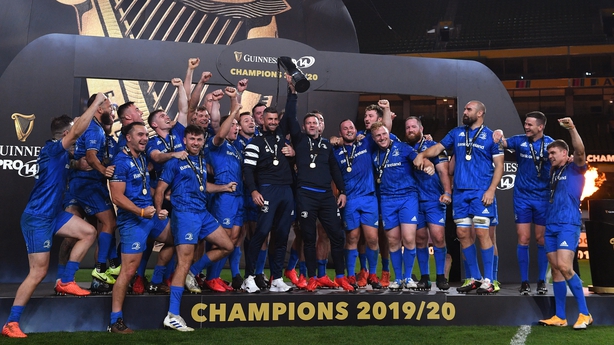 Still, there are some worrying signs for Leinster ahead of their European encounter against Saracens this weekend.

The lineout isn’t operating well, which let them down in the first half in particular. Leinster put Billy Burns under pressure with his clearance and had a lineout less than 10 metres out from the Ulster line.

The momentum was on the Leinster side and if they had converted the opportunity Ulster would have found it very difficult from early on in the game. Instead Kelleher missed his target and Ulster were given an easy out.

There were three more missed lineouts before the game had reached the hour mark. One more was a result of Kelleher missing his target but the hooker isn’t the only one to blame.

Two others were at the expense of Doris in the air. The timing of the lift looked a bit off, meaning that there was more than one error occurring in the setpiece. The delivery from lineout is a huge factor in controlling the game against top European opponents.

If they give away three or four possessions to Saracens they will find themselves in trouble.

One of Leinster’s biggest strengths is that they usually give opponents no easy escapes. They find themselves on the right side of the referee quite often as a result of their own discipline.

Pair that with their defensive intensity and the opposition finds it very hard to break them down, as seen against Ulster and Munster in the last two weeks.

They had another opportunity before Doris finally put the game to bed. They were punching holes in Ulster and it looked like they’d score but Michael Bent infringed at the ruck. 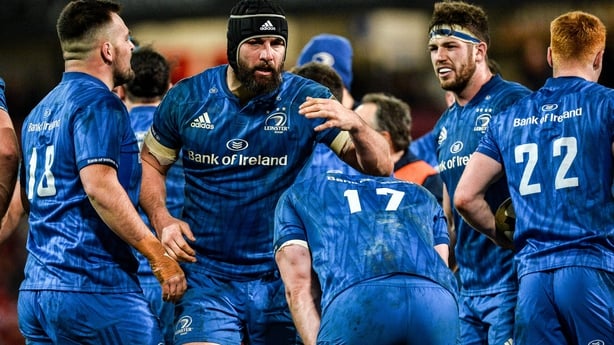 Scott Fardy compounded it with a penalty at the resulting lineout. You don’t often see Leinster compounding errors.

They were marched 50 yards from the Ulster goal line and without possession, a complete swing from potentially crossing the Ulster try line.

I'm not saying that Leinster get an easy time with referees but the refereeing in the inter-provincial derbies has been quite lenient in the last few weeks.

There have been clear penalties at rucks that weren’t let go in other leagues, the English Premiership in particular. If the referee decides to go by the letter of the law next weekend then Leinster could struggle to gain control of the game if you also factor in their difficulty at the lineout.

Their aerial game still hasn’t improved either. Hugo Keenan and Jordan Larmour are more than capable attacking threats but defensively in the air they can be challenged.

Saracens are one of the teams that really enforce an aerial battle and rely on a lot of box-kicking from their scrum-half. It's probably helped by the accuracy of Richard Wigglesworth and his quality from the boot but Aled Davies isn’t bad either. They retain a lot of possession from kicks hoisted into the air.

Leinster and Saracens is always a structured game and it rarely becomes loose so I wouldn’t expect the most free-flowing contest. It will be a battle of physicality and tactics to gain control over the opposition. Both teams are well capable of grinding out results so it’s a hard one to call.

Leinster haven’t performed to their best since their return post lockdown but it could be argued that they didn’t need to. It’s still unlike Leinster not to be ruthless and put up a big score with every opportunity so we’ll see what way they take Saracens on.

There’s a headache for Leo Cullen in the back row. He has four high-performing back rows with only three positions to fill. Doris has been excellent in the breakdown and with ball in hand including a try at the weekend and man of the match the week before against Munster.

Josh Van Der Flier was man of the match last weekend in his attempt to oust Will Connors from the 7 shirt. Connors did a job on CJ Stander against Munster the previous week.

Does Cullen choose his two best chop tacklers to take on the ball-carrying bulk and ability that Saracens have? Or will he stick with more balance between ball carrying, chop tackling and poaching opportunities?

After Conan’s penalty count last week and the other three back-row performances of late he could be the one under the most pressure, but he’s a colossal size and Leinster will need that to go forward against the Saracens pack.

It would be unfair not to mention the challenge that Ulster posed for Leinster but I don’t think they ever had enough to upset the champions.

Marcell Coetzee and Stuart McCloskey just couldn’t get through the other side of the tackle and create the go-forward that Ulster needed.

The unexpected break hasn’t been kind to Ulster. They haven’t recovered the momentum that they built up back in March besides the second 40 minutes against Edinburgh away.

They have the ability to go to Toulouse and cause an upset but they will be going into the game as underdogs. Toulouse have quality throughout their side and will cause the Ulster defence a lot of trouble.

They are a different challenge to Leinster. Toulouse have less structure and control but they have huge ball carriers and the typical French flair that they can produce from nothing.

The lack of crowds will help Ulster but they will be fighting an uphill battle.

Selection decisions for Ireland ahead of England test

A coaching dilemma - when to poach and not to poach?