Connacht will play in the Heineken Champions Cup next season with the westerners benefiting from an expanded 24-team tournament.

Due to the unique circumstances caused by the coronavirus pandemic, with last season's Top 14 in France cancelled, and this season’s Guinness Pro14 curtailed, organisers have decided to add four teams to the tournament for next season only.

Eight teams each from the Pro14, France's Top 14 and England's Premiership will be divided into four tiers across two pools, with each side playing four group games, as opposed to six in a normal season.

The revamped format includes home and away quarter-finals with the aggregate score over the two ties deciding the winner.

The 2019/20 competition, which is now at quarter-final stage, was made up of 20 teams with the Pro14 providing seven of that number.

The final Pro14 spot for the Champions Cup was decided after a play-off match between the two fourth-placed teams after the South African side the Cheetahs were omitted.

This year’s expansion opens the way for Connacht, who finished fourth in Conference B, and Dragons to partake.

Leinster, Ulster and Munster were already guaranteed qualification to the elite competition, which is provisionally scheduled to start on the second weekend in December. 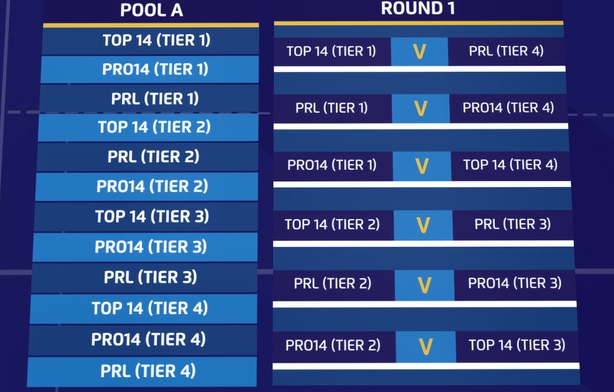 There will be two pools of 12 teams, with the top four from each qualifying for the knock-out stages.

The team that finishes top of Pool 1 will face the fourth-placed side from Pool 2 in the quarter-finals and so on.

The Champions Cup semi-finals and final, which will be played in Marseille on 22 May, will be one-off games.

The tournament will be played over eight weekends.

Tier 1 teams, which for the Pro14, and most likely the Premiership, will mean the two finalists from each competition, and for the Top 14 means the two highest-placed teams when their league was cancelled, will play home and away against the Tier 4 teams who are not in their respective league.

That means Bordeaux-Bègles and Lyon form the Tier 1 sides from France, unless Clermont or Racing 92 win this season's competition.

Similarly, if Leinster, for example, were to lose against Munster on Friday but win the Champions Cup outright, they would assume the Tier 1 spot of the beaten finalist in the Pro14 decider.

Should Leinster and Ulster qualify for the Pro14 final, they would make up Tier 1 from Pro14, be placed in separate pools and play against the French and English teams in Tier 4 of the same pool.

The Guinness Pro14 confirmed to RTÉ Sport that their finalists will be the Tier 1 teams and that clubs that have not made the semi-finals will have their seedings based on their league positions after round 13, which was before the shutdown.

Teams from Tier 2 and 3 play each other in the pool phase, again avoiding any team from the same domestic competition.

"The EPCR Board has unanimously agreed that new Heineken Champions Cup and Challenge Cup tournament formats will be introduced for the 2020/21 season," European Professional Club Rugby said.

"The decision to alter the formats for next season on an exceptional basis has been made against the backdrop of the Covid-19 public health crisis and its ongoing impact on the professional club game in Europe.

"With an expanded knockout stage and no repeats of domestic matches during the pool stage, this format creates brand new competitive opportunities for Europe's elite clubs and their fans."

The EPCR also confirmed that there is no limit on the number of non-European players in match-day squads for the tournament.

Follow the Pro14 semi-final between Edinburgh and Ulster (7.35pm Saturday) with our live blog on RTÉ Sport Online and the RTÉ News app or listen to live commentary on RTÉ Radio 1 Extra. 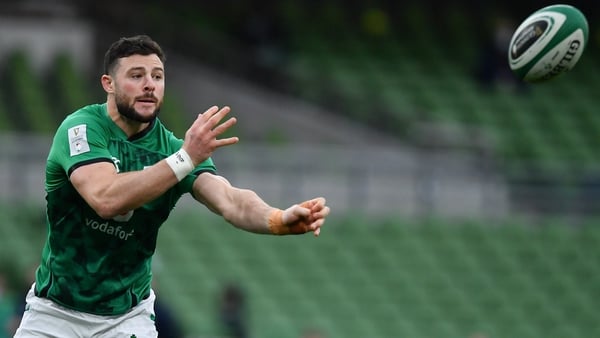 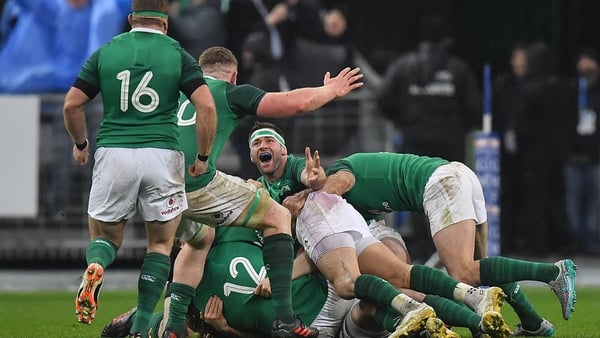 Farrell rules out 'high-risk' game with title at stake