All are talismanic figures in their respective sides and all bring the hardnosed approach associated with both the province and the position.

Dan Tuohy is also very unlucky to miss out.

While many of the above are thought of as almost cult-like figures within Ulster, a lot of them spent surprisingly limited time in the white jersey during the pro era.

Johns (below) and Davidson both spent time abroad in the late 90s, while Longwell retired around the same time. 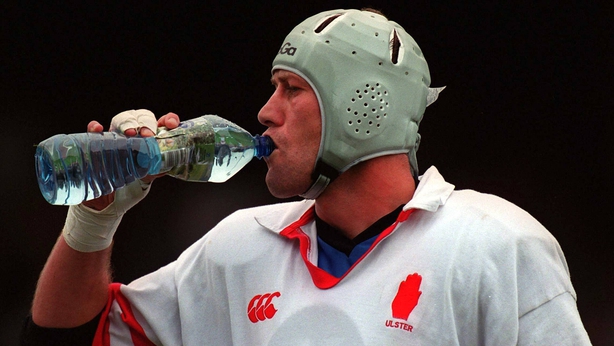 Johns is probably the biggest fans' favourite on this list but if he is assessed solely on the professional era his contribution is limited.

With this in mind Muller’s contribution as player, leader and figurehead for the Ulster resurgence of the late Noughties guarantees his selection.

Henderson has long been viewed as having the potential to surpass any of the others on this list. Whether he has fulfilled that potential yet is arguable.

He is certainly firmly in consideration though. Davidson’s peak on the 1997 Lions tour to South Africa, where he was named the tourists' outstanding forward, was the highest of anyone on this list but did he replicate that form enough for Ulster?

So it's Muller and one from Johns, Davidson or Henderson. Hard to split them but the feeling from canvassing ex-Ulster players is that Davidson probably just shades it in the professional era.

In truth I would imagine the public vote would be extremely tight amongst all six.