Eddie Jones claimed England were so dominant in their 24-12 victory over Ireland that they could have declared at half-time.

England surged up to second in the Guinness Six Nations table after George Ford, Elliot Daly and Luke Cowan-Dickie ran in tries in a one-sided demolition at Twickenham that saw the hosts lead 17-0 at half-time.

It was a performance that had shades of the World Cup knockout wins against Australia and New Zealand last autumn and Jones warned Wales and Italy that his team have additional gears for the final two rounds.

"We played with a lot of control. We read the conditions well, read the referee well and at half-time if it was a cricket game, we could have declared," Jones said.

"We've been building up. I got the preparation wrong for the France game and apologised for that.

"There's a lot more to come. We played tough in the first 40 minutes, probably took our foot off a little bit in the second half but Ireland were always going to get some ball.

"They were always going to get some refereeing calls and we had to defend pretty well, which we did.

"We were disappointed to give that try away at the end but we will need to be better against Wales."

Jones was criticised for a number of team selections, including giving Jonathan Joseph his first start on the wing, picking Elliot Daly at full-back and naming five locks in the 23.

"I pick the team that I think is right for the week but the media are so clever. You're all clever so I've just got to suck it all up, enjoy what you say, try to learn from you, and maybe I can pick a better team next week." 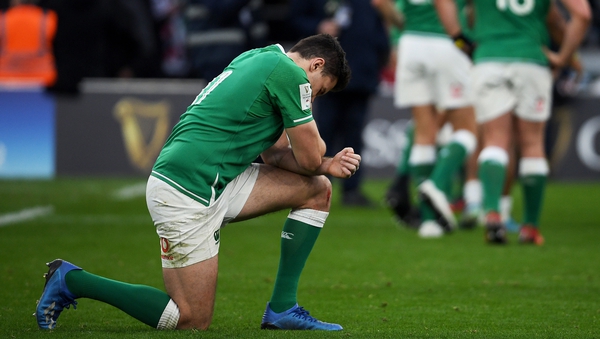