A smile broke across Johnny Sexton's bruised face in the post-match press conference.

He'd just been asked if that was the most enjoyable game he's been involved in with Ireland for a while.

The 24-14 win over Wales didn't have much competition in that race.

Ireland, under Joe Schmidt, struggled badly across all of 2019 and last week's win over Scotland was a nervy affair.

"It wouldn't be hard after last year," Sexton said. "It was brilliant, it had a bit of everything.

"It had some of the stuff that we had spoke about last week that we didn't get to put out there against Scotland."

That it did. Storm Ciara decided to delay her arrival to Dublin 4 and that meant that Ireland could try out some of the new moves.

"There was a definite shift in the way Ireland were looking to attack," former Ireland captain Donal Lenihan, on commentary duty with RTE Radio 1's Saturday Sport, noted afterwards.

From early on Sexton and Conor Murray flung the ball out wide where centre Robbie Henshaw, who failed a HIA in the second half, made ground again and again, easily showing up Nick Tompkins on his first start. 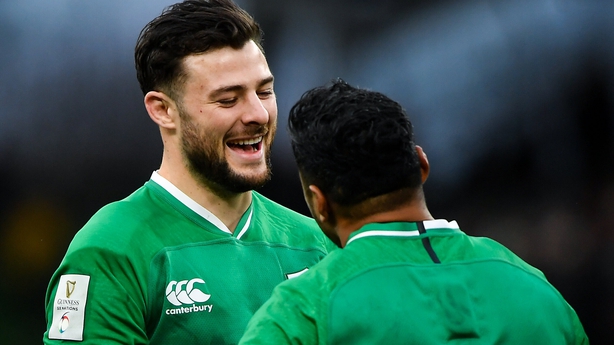 The excellent Jordan Larmour and Andrew Conway both saw plenty of ball and the team carded eight clean breaks, 16 defenders beaten and six offloads over the 80 minutes.

"When you get the ball in our back-three's hands, something can happen," added the captain.

"They showed that and they stuck to the tactics really well in terms of when we got on the edge, the temptation always is to run but they got us field position at times brilliantly.

"Some of our shape was really good, what we've been working on. And we won, that's the most important thing."

And it all began with a fast start, an area where Ireland teams have traditionally struggled.

"It was an improved performance; the start was the complete reverse to last week," said Andy Farrell.

"Whereas last Saturday, we were a little bit passive at the start of the game, today we got an early foothold into it."

Ireland had 58% possession and 66% territory in the first half; it seemed like more.

For all those positives Ireland had racked up just 12 points, with Larmour and Tadhg Furlong crossing for tries.

Wales had seven points but hadn't had to work as hard for those.

The hosts actually conceded 10 penalties to Wales' six and got turned over nine times, the majority of those coming in the opening quarter where the Welsh pack did a number on them at the breakdown, playing referee Romain Poite much better. 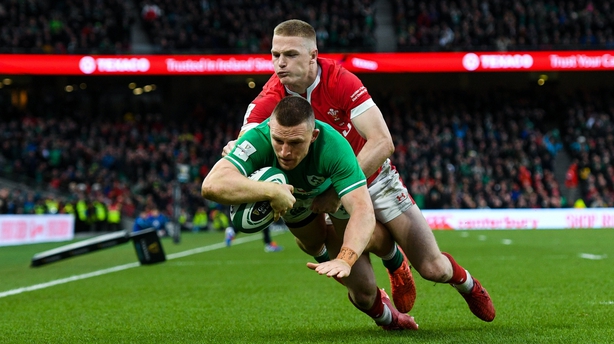 But there will be no real complaints about a four-try win, completed by second-half scores from Josh van der Flier and Conway, over the Grand Slam champions, who were in a World Cup semi-final just three months ago.

"The result is the main thing we will focus on and we lost so that is the thing we will address first," Wales captain Alun Wyn Jones said.

"Ultimately...we did not take the opportunities and we potentially let them off the hook."

Sexton, who kicked two conversions, was also keen to put on the record that the house that Joe build hasn't been torn asunder.

That was because a number of players were asked during the week about how things had changed under the new sheriff, who served four years as an assistant under the New Zealander, and waxed lyrical about the changes in the new regime. 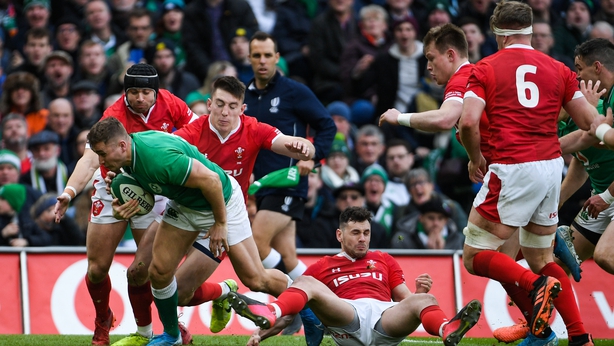 "Some of the messages that have come out from our camp haven't been taken the way they should be," Sexton said.

"We've taken a lot of what Joe has done over the last few years and we've added bits to it. To suggest that we've thrown away everything is just wrong so we've got a good balance."

In support of that Jones, when asked if it felt like playing a different Ireland than usual, said: "Not wholly because there are a  lot of familiar faces there and Faz has been assistant coach for a long time.

"It's funny when changes come it takes a while to implement change and people forget that."

Next up it's England, who edged out Scotland yesterday, in Twickenham, the scene of one of the lowest points of a miserable season.

The mandatory 'have to be better' lines were soon out.

"We've a few days off and then a three-day camp and then the weekend off," said Farrell. 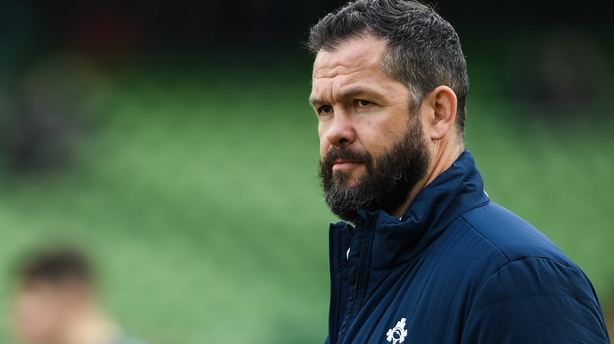 "It's great to have a couple of days off to assess what areas we need to build on."

There was also talk of what was said at a players' meeting on Friday night when Sexton addressed the squad.

"There was some motivational stuff that you want to get across," said the out-half.

"We wanted to show what it means to us to play for Ireland."

It's encouraging to see that hurt being channelled into a performance where Wales, on the back of eight Guinness Six Nations wins in a row, were thoroughly outplayed.

The signs are good that the 2018 mojo is still in there somewhere and producing another performance against England in two weeks' time will go a long way towards moving on from last season.