Ian Foster was appointed the new head coach of the All Blacks on Wednesday, promoted from his role as assistant under Steve Hansen to take up the reins at the most successful national rugby team of the modern era.

Foster served eight years as Hansen's assistant and his appointment maintains New Zealand Rugby's policy of promoting from within the organisation.

Hansen, who succeeded his former boss Graham Henry in 2012 after eight years as his assistant, left the post after this year's Rugby World Cup, where New Zealand's hopes of a third straight triumph were ended by England in the semi-finals.

Foster was awarded a two-year deal and takes over a team that the rugby-mad nation expects to win every game.

"He brings world-class international experience to the role, an incredibly strong coaching team, and we think he'll do an outstanding job," NZR Chairman Brent Impey said in a statement.

Foster, 54, beat Canterbury Crusaders coach Scott Robertson to the position, with the pair the only confirmed contenders after NZR contacted 26 coaches about the job.

"I feel truly privileged and honoured to be given this opportunity and I can't wait to lead the team into the next chapter of what is a remarkable legacy," Foster said.

"I’m incredibly proud of what we have achieved in the All Blacks over the last eight years and I’m excited and energised by a new coaching team who will join me."

His four-strong team of assistants will be announced at a later date. 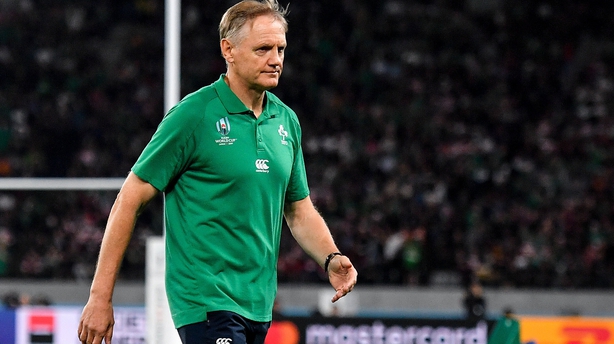 Hansen said late last year that he would not continue beyond the 2019 World Cup, and Dave Rennie, Jamie Joseph, Warren Gatland and former Ireland head coach Joe Schmidt were all mooted as potential candidates to replace him.

The All Blacks' comprehensive loss to England in the semi-finals in Japan was seen as a blow to Foster's position as the candidate of continuity.

Rennie, however, took the Australia job while Joseph chose to remain with Japan.

Both Gatland and Schmidt ruled themselves out of contention, making the appointment a shoot-out between Foster and Robertson, who was seen as a real challenger due to his far more successful coaching record.

"As someone who knows 'Razor' well as a former team mate, he was a very impressive candidate and these decisions are never easy," new NZR Chief Executive Mark Robinson said of Robertson.

"We know Razor is an outstanding coach and I have no doubt he'll have a big future in our game at international level."