It won't go down as one of Leinster’s most eye-catching performances in Europe, but both head coach and captain were singing from the same hymn sheet when assessing their latest win.

At the home of the Top 14 leaders, a try from Max Deegan and eight points from Johnny Sexton was enough to engineer a workman-like victory against Lyon and strengthen their position in Pool 1.

The Irish province played much of the game without the ball, but their defence was up to the challenge as they repelled their French opponent's powerful carriers.

Lyon had 62% possession and 64% of the territory, yet for all their ball they ran into a resilient wall of blue.

Jonathan Wisniewski kicked two penalties for the French outfit to ensure they took a losing bonus point, but Leinster's defence won them the game.

"There was a lot of rain in the lead-up to the game and conditions were always going to be difficult," said Cullen. "It's another step for the younger players and the back-row in particular.

"It’s great for us to come away and win. We turned the ball over cheaply on a few occasions.I thought we looked reasonably comfortable, but we lost our way a little bit mid-way through the half.

"We still look a little rusty it’s fair to say, but conditions out there didn’t help."

Sexton had what he thought was a late match-clinching try ruled out by referee Luke Pearce for obstruction by Garry Ringrose, but advantage was being played anyway. Sexton kicked the penalty to take his team home. 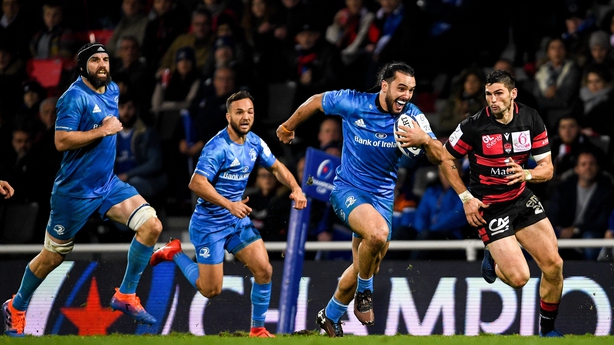 "We're delighted with the result, though parts of our games just didn’t quite click. We had lots of opportunities and we just didn’t take them," he told RTÉ Sport.

"When you don’t take them, they are in the game for longer. It was a bit of an arm wrestle out there.

"If we had been a bit more accurate, they would have had to have chased the game.

It was never going to be perfect, but we got the job done

"Lyon were always in the game. At 10-0 we probably had some chances to kill it off, but credit to them, they are a very good team."

Leinster are joined by Northampton at the top of the pool on nine points ahead of their back-to-back fixtures against the Premiership side over the festive period.

As far as Cullen is concerned, it was all about leaving France with the win.

"It was never going to be perfect, but we got the job done," he added. 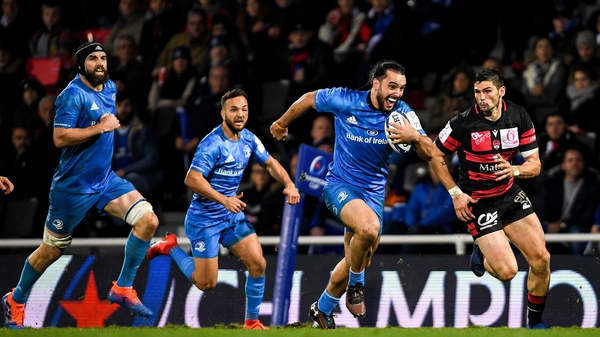