Eddie Jones repeated the mantra "no fear" as he lit the fuse for the final of a World Cup he does not want to end.

England and South Africa meet at International Stadium Yokohama on Saturday in a heavyweight collision that is a repeat of the 2007 showpiece when the Springboks emerged controversial winners.

For only the second time in his four-year England reign and the first since 2016, Jones named an unchanged starting XV with Ben Spencer replacing hamstring injury victim Willi Heinz the only adjustment to the bench.

A crushing 19-7 victory over New Zealand propelled the new tournament favourites into the final and Jones insists they are undaunted by the challenge of lifting the Webb Ellis Trophy.

"We're having a great time and we want it to continue, but it comes to an end so we've got one more opportunity to play well.

Eddie Jones repeated the mantra "no fear" as he lit the fuse for the final of a World Cup he does not want to end.

"We want to play with no fear. We can definitely play better, there's no doubt about it. The players know that.

"There's a steeliness about the players but also a nice, relaxed feeling because they know they've done the work so they can get on with the job.

"We know South Africa aren't going to give us the game, they are going to come hard.

"We've got to meet their physicality, but we're looking forward to that and being able to impose our game on them. 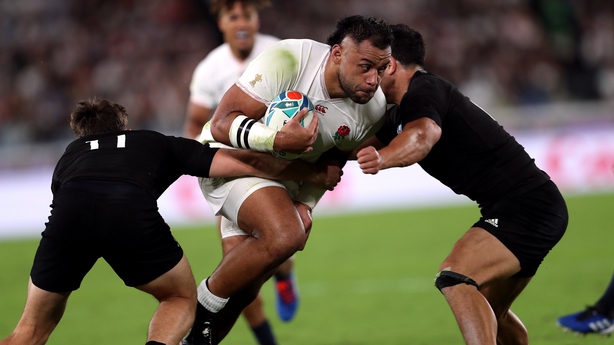 "The boys know what's ahead of them, everyone knows what's at stake, but because we've had such a good preparation we know we can go out there and play without any fear.

"Generally speaking the World Cup final is between the two best teams in the world, you have to win your pool and you've got to win a quarter-final and a semi-final so, you've got to be at the top of your game.

"That means both teams mentally, physically and tactically are ready to go."

England will entrust twin playmakers George Ford and Owen Farrell with the task of masterminding victory."

Jones has kept faith with George Ford at fly-half after his outstanding display against the All Blacks - despite the physical threat posed by powerful Springboks centre Damien de Allende.

The in-form Ford was dropped against Australia two rounds ago to stiffen the midfield defence in the hope of containing Samu Kerevi, but his vision is viewed has essential to toppling South Africa.

Farrell and Manu Tuilagi continue their centre partnership and there is a boost for England in the front row after Kyle Sinckler won his battle with a calf injury to resume at tighthead prop.

Spencer will win his fourth cap on his World Cup debut if called on to provide scrum-half cover for Ben Youngs.

"Every week we pick the team we think is right for the occasion," Jones said.

"We look at the conditions, the referee, the opposition, we look at the way we want to play and we feel that is the best balance for the team this week.

"Kyle Sinckler is going to be absolutely buzzing at the weekend, he'll be out there ready to go."
Farrell leads a side that contains 731 caps as England bid to lift the Webb Ellis Trophy for the second time in fourth final.

Follow England v South Africa on Saturday (kick-off 9am) via the live blog on RTÉ.ie/Sport and the News Now App and watch live on RTÉ2