This Saturday RTÉ Sport has a bumper day of action with almost 11 hours of action including key matches for Ireland in the Rugby World Cup and Euro 2020 qualifying.

On TV with RTÉ television, online via RTÉ Player, worldwide with GAAGO, on your mobile device with RTÉ News Now and via shortwave to Africa with RTÉ Radio, there are no shortage of ways to access the game.

RTÉ.ie has preview, news and analysis across soccer, GAA and rugby ahead of the matches. 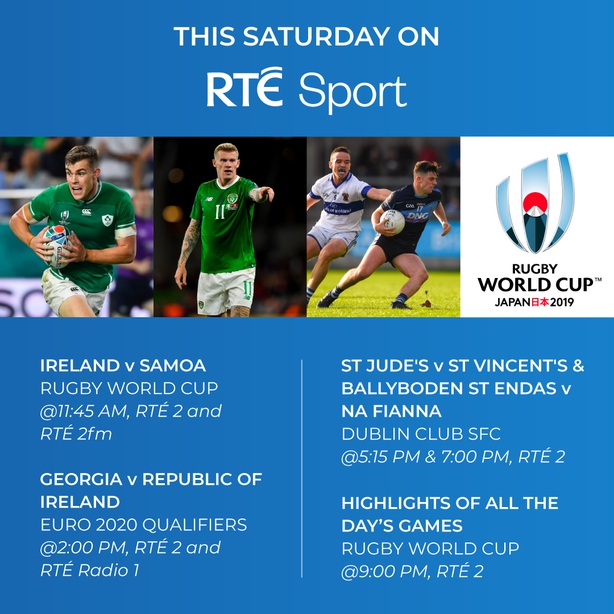 Daire O'Brien is joined by Eddie O'Sullivan, Jamie Heaslip and Stephen Ferris from 11am. Ireland need to beat Samoa in Fukuoka. Commentary comes from Hugh Cahill and Donal Lenihan.

Darragh Maloney is your host as George Hamilton and Ronnie Whelan talk you through the action in Tbilisi from 1.45pm.

Joe Stack presents from Parnell Park as the Dublin Club SFC quarter-finals take place. Marty Morrissey and Ger Canning will guide you through proceedings from 4.45pm.

We begin on 2fm with from 11:30 as Damien O'Meara present and hands over to Michael Corcoran and Rob Penney.

Saturday Sport on RTÉ Radio 1 begin at 1:50pm where there'll be commentary on Georgia v Ireland and updates from throughout the sporting world until 6pm.

All radio streams are available worldwide on RTÉ.ie. 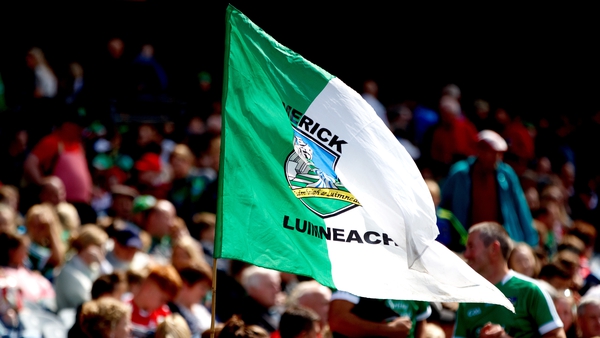 Limerick brushing aside history in quest for All-Ireland GAA