Israel Folau has waived his right to appeal the termination of his contract by Rugby Australia due to a lack of "confidence" in their process but the former Wallaby has not ruled out further action against the decision.

Folau was fired on Friday for a "high level" breach of RA's code of conduct after posting on social media that hell awaits "drunks, homosexuals, adulterers" and others.

RA gave Folau 72 hours to appeal the decision but confirmed that the player had missed the deadline on Monday, effectively ending his rugby career in Australia.

"My decision not to commence Rugby Australia's appeal process is in no way an acceptance of the judicial panel's findings," Folau said in a statement.

"I simply do not have confidence in Rugby Australia's ability to treat me fairly or lawfully throughout this process."

Folau added that he was considering his options "in the face of growing discontent" with the way Rugby Australia had handled his initial code of conduct hearing.

"The messages of support from fans, players, former rugby administrators and the public have been humbling," he said.

"I believe I still have a lot of rugby left in me and the potential impact of Rugby Australia's decision on my reputation and my career is substantial.

"Ultimately, I need to do what is best for my family, my teammates and the fans, so I am considering all potential avenues open to me." 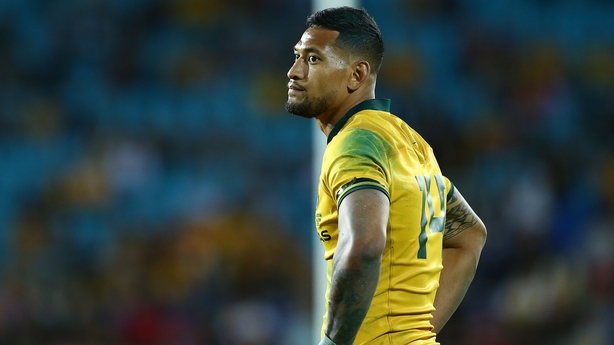 The saga has already hit the 30-year-old hard in the pocket, costing him a lucrative endorsement contract with sportswear brand Asics, as well as legal fees.

However, the cash-strapped RA can also ill-afford a protracted court challenge.

They already face a multi-million dollar deficit in 2019 due to a loss of sponsorship and gate revenue from forgone home tests in a Rugby World Cup year, and local media believe further litigation would effectively bankrupt the game.

In the short term, Michael Cheika's Wallabies will also be worse off for the lack of one of the side's few world class players when the team competes at the World Cup in Japan.

The decision also raised fears that it could drive a wedge through a team which features a number of players who share Folau's Pacific islands heritage and his Christian beliefs.

RA's fight with Folau has travelled well beyond the rugby pitch, however, becoming a touchstone for concerns by some in Australia that freedom of speech is being eroded.

It was also a minor theme in the political campaigns that concluded in Saturday's national election, with conservative Christians angered over what they saw as a player quoting scripture, rather than vilification.