Leinster feel they owe their fans after falling at the final hurdle in the Champions Cup.

The 2017/18 winners lost a pulsating decider against Saracens on Saturday and want to pay back their supporters by booking another final against either Ulster or Glasgow.

And it’s old rivals Munster who stand between Leo Cullen’s side and a Guinness Pro14 final in Parkhead on 25 May.

"We’re bitterly disappointed with the result and how it went," lock Devin Toner said.  "We put a lot of work into this, it’s what the year boils down to.

"[But] we’ve got something now to play for at the weekend.

"It’s not going to be too hard to get up for this weekend. Being at home to Munster in a semi-final at the RDS, we really want to put on a good game for our fans.

"The travelling support for us over the years has been absolutely amazing.

"To see them as we were pulling in at St James’s Park was unbelievable, the amount of flags was ridiculous and they were so loud so we want to put on a good showing for them." 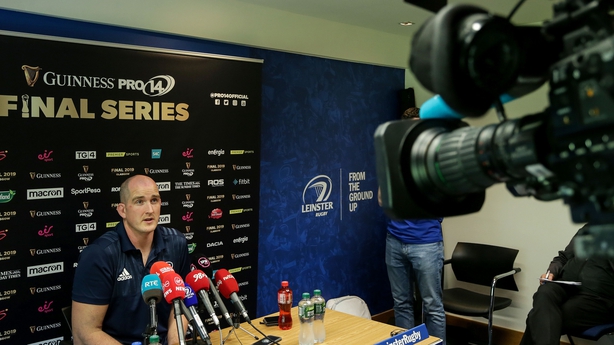 Winger Jordan Larmour also cut at disappointed figure at the Leinster press conference yesterday and was eager stress how important the fans are.

"We want to defend our Pro14 title and give something back to the support ‘cos it was incredible on Saturday, a sea of blue, all chanting Leinster," said the Ireland international.

"After a game like that the best thing to do is get back training and playing and forget about it."