Leinster will give Sean Cronin as much time as possible to recover from a calf injury ahead of the Saturday's Champions Cup final and will make a decision on his availability later in the week.

The Irish international limped off during the semi-final win over Toulouse and is in a race to be for for the decider.

"Hopefully he’s going to do units today with a view to training tomorrow and Thursday, so we’re optimistic," Stuart Lancaster said of the hooker.

"We’re planning on doing a session today and then tomorrow we’ve got a full training session. He might take part in that depending on how today goes. But we’re pretty optimistic that he’ll be right for Saturday.

"We’ll definitely give him until Thursday because he’s such an important player. He’s been outstanding. He won the award of the players’ player of the year so yeah he’s good for us."

Rhys Ruddock will return to training after completing return to play protocols, and the backrow is an area of concern for Leo Cullen.

Dan Leavy’s long-term injury has already ruled him out of the World Cup, while Josh van der Flier is due to return to training this week. 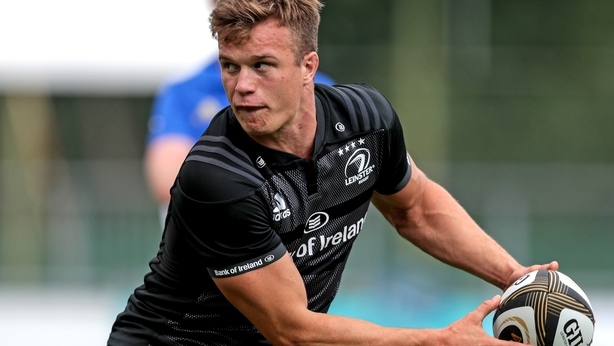 Cullen admitted in March it would require "some magic cure"for him to appear again in blue before the end of the campaign, but now he has given himself a fighting chance of making the match-day squad.

Andrew Porter has overcome a muscle problem, while scrum-half Jamison Gibson-Park (hamstring) is making positive strides and will be assessed by the medical team later this week.

Listen to live commentary on Saturday Sport on RTÉ Radio 1 and live blog on RTÉ.ie and RTÉ News Now app