Australia fullback Israel Folau's code of conduct hearing is unlikely to produce a decision after it resumes tomorrow in Sydney.

Folau, a fundamentalist Christian, faced a three-member panel on Saturday and Sunday at the hearing to decide whether he breached RA's code of conduct with a social media post that said 'hell' awaited 'drunks, homosexuals, adulterers' and others.

The closed-door hearing will resume at the offices of law firm Herbert Smith Freehills in Sydney, Rugby Australia said in a statement.

"The panel is not expected to deliver its decision tomorrow," it said.

RA and Folau's Super Rugby side, the New South Wales Waratahs, have already publicly committed to terminating the player's contract and last month served the 73-test back with a 'high-level' breach notice.

That said his social media post had 'disrespected' people on the basis of their sexuality in breach of his contract and Rugby Australia's inclusion policy.

Folau's trial has stretched far beyond the rugby pitch, triggering a wider debate about freedom of speech and the power of employers to control their employees away from the workplace. 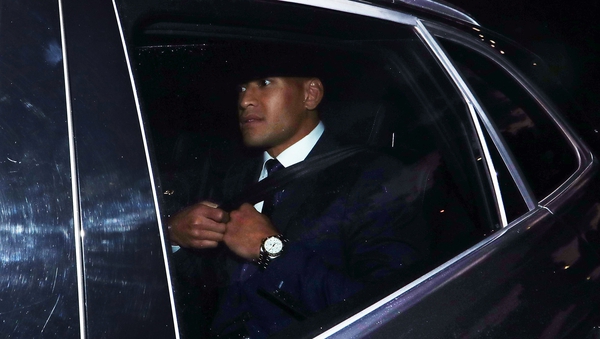