Andy Friend has made a host of changes as Connacht travel to Zebre for a vital Guinness Pro14 clash on Saturday, kick-off 5:30pm (Irish time).

Having lost to Sale Sharks in the European Challenge Cup quarter-final last weekend, Connacht put their focus back to the Pro14  and the result of this weekend's match will have a huge bearing on their hopes of reaching the knock out stages of the competition and ultimately qualifying for next season’s Heineken Champions Cup.

Among those recalled is captain Jarrad Butler at number 8, who comes into a back row alongside Eoin McKeon and Colby Fainga’a at blindside and openside respectively.

Ireland international lock Ultan Dillane comes back into the second row alongside Gavin Thornbury, while in the front row, props Denis Buckley and Dominic Robertson-McCoy are selected alongside hooker Dave Heffernan.

Jack Carty and Caolin Blade form the half-back pairing, with Carty shaking off an arm injury that caused him to be withdrawn last weekend.

In the midfield, Peter Robb comes in for his third start of the season alongside the impressive Tom Farrell.

In the back three Tiernan O’Halloran is named at full-back with Matt Healy and Darragh Leader on the wings.

"We have picked a strong side and a side capable of going to Zebre and winning the game," said Friend.

"We are fully aware of the dangers that Zebre can present, particularly when they are at home. There are a number of our boys who were not involved in Europe last weekend, so they are coming back in fresh after that break and that brings more energy to the group.

"We said all along that we want to be in the knockout stages of the Pro14 and with three games to go, our destiny is still in our own hands.

"If we keep winning we will be in that play-off spot so that is our sole focus away to Zebre on Saturday." 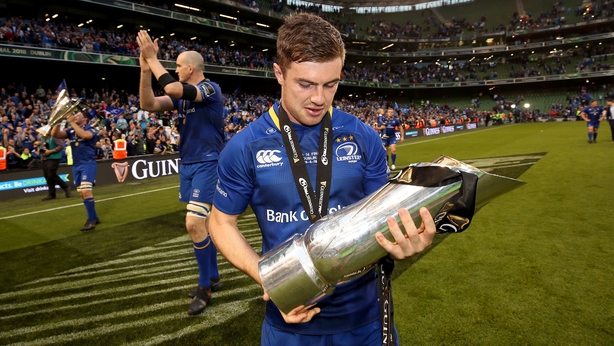 Luke McGrath will captain Leinster for tomorrow's encounter with Benetton Rugby in the Guinness Pro14 at the RDS.

Barry Daly comes in at full back with Fergus McFadden on the right wing and James Lowe on the left.

Australian international Joe Tomane is partnered in the centre by Mullingar man Conor O'Brien, with captain McGrath and Noel Reid the half backs.

In the pack Jack McGrath, James Tracy and Andrew Porter are selected to start in the front row with Mick Kearney and Scott Fardy in the second row.

In the back row, Josh Murphy, Max Deegan and Caelan Doris complete the starting XV for Leo Cullen.

On the bench Scott Penny is included for the first time since starring for Ireland in their Grand Slam winning Under 20's Six Nations campaign.