Wales celebrated a deserved Grand Slam victory at the weekend so you could say everything went as expected.

I wrote last week about going to the cauldron of the Principality Stadium and how tough it was going to be but we didn’t get the fight from Ireland that we presumed we would.

There was the initial argument about keeping the roof open. It was almost the quasi battle to indicate that Ireland weren’t going to let Wales and Warren Gatland have it all their own way but it did nothing for their game plan and the hosts managed the conditions a lot better than the visitors did.

Some big names just simply didn’t turn up for Ireland.

I don’t like to point the finger at players because there’s enough articles out there telling them how poor they were and all of a sudden blaming Joe Schmidt for the demise of Ireland’s top men and the most recent World Player of the Year.

We have seen at Old Trafford that the manager was an issue and with a small change and a bit of love from a club hero the players have turned things around almost overnight.

This isn’t the same as what happened to Ireland. Schmidt is a well-respected coach within the camp.

Unfortunately, you can’t please every player but they all respect him enough to know that he has been one of the best coaches in the world over the last number of years.

He too seemed frustrated over the course of the campaign and may have even treated the media a little bit different to usual, getting caught up in the blame game probably due to frustration. 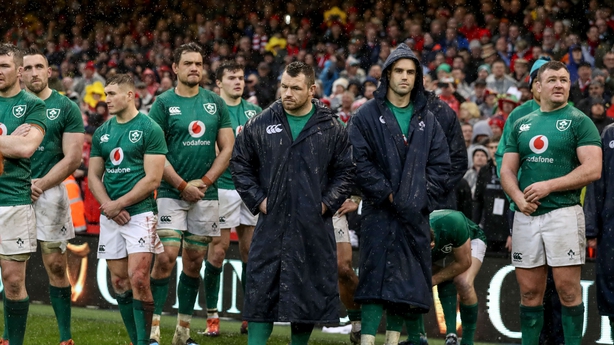 Then again it was easy to never partake in those conversations in the year previous when you’re winning every game against the best opposition.

But from the head coach’s point of view, you can’t account for Conor Murray and Johnny Sexton both kicking the ball out on the full.

The restarts barely got off the ground, set-piece execution wasn’t really there.

Ireland couldn’t look after their own possession which was evident from CJ Stander’s quick tap in the first half in the Welsh 22.

I won’t mention some of the referee’s moments for the fear of looking like a bad loser but there’s some analysis to be done on that end too.

The team that finished the last 10 minutes of the game seemed to handle the ball better, build pressure in the Welsh half and the performance looked to improve some bit but they still took all of that remaining 10 minutes to score.

You could argue that Wales were 25-0 up and simply didn’t have the same mental or physical hunger to stop Ireland from scoring because the game was all but over.

Jack Carty kicked the ball in behind the Welsh defence a bit more with one or two fortunate outcomes but again you could argue if that space was there for Sexton in the first 60 minutes.

In the last few minutes of the game when a team are chasing a score the opposition will leave less players in the back field because the attack can’t afford to kick away possession.

In some instances, accurate kicking can exploit that but it’s a tactic that wasn’t a priority early in the game.

Throughout the tournament Ireland were reluctant to kick the ball away. 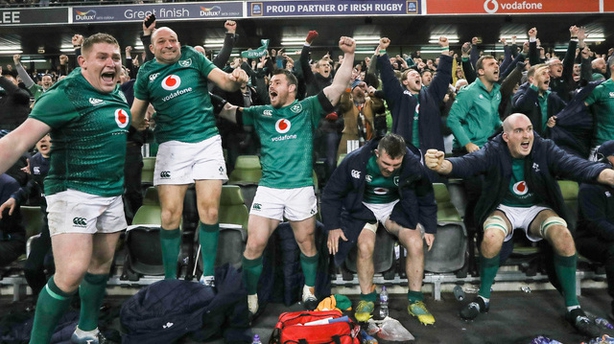 It worked against the All Blacks last autumn and it was something that stood out so far this year. It was their tactic to get out of their half without inviting pressure back on them.

Maybe it was a reaction to the Irish kicking game not working out as well.

In the beginning of the tournament England focused on the Irish kicking game and nullified it because they blocked the chasers and kicked the pressure back on to Ireland enough times until they turned them over and sustained that pressure to score.

Box-kicking out of your half only works when you get the desired outcome of retrieving the kick and either restarting your attack higher up the pitch or by exploiting a scrambling back field further by kicking in behind a second time to more space, something we see Murray do a lot when playing on the front foot.

The desire for everyone else to beat Ireland became much higher since they clawed their way up to second in the world rankings.

Couple that with a tough start against a revved up English side and an implosion in terrible conditions against a side playing at home for a Grand Slam.

It doesn’t have to be any more complicated than that but the performances of a few key players will cause the social media world to have a pop at the individuals for the next few weeks. 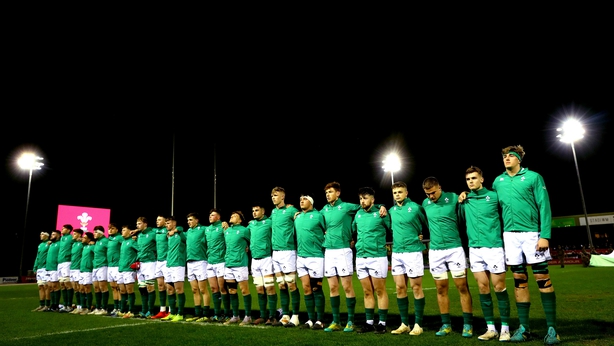 A team that were in the very opposite situation as their senior counterparts were the Under-20s.

They rallied together in the first round of the championship to beat England and springboard their way to a final round showdown in Wales to take home the Grand Slam against a side that didn’t have much to play for.

Ireland did struggle for territory throughout the first half and were always coming from behind but that extra bit of motivation allowed them to tag two scores together and go ahead for a second time late in the game.

The mentality was very different.

One last push to get over the line and go home with their first Grand Slam versus the senior team who probably just wanted to see the back of a tough campaign and return to their provinces to a fresh start and a lot of Pro14 and European rugby to play in before the end of the season.

The U20 side have a lot of talent coming through the AIL and I would have come across guys like Ben Healy, Harry Byrne, Josh Wycherley and Jake Flannery.

Jonathan Wren and Sean French are both members of Cork Con and have already won silverware in their first year out of school.

The league has given them valuable game time at senior level to bring their experiences to the U20 Six Nations campaign and hope to push on with their provinces before the end of the current league campaign and the U20 World Championships.

I’m not one of these people that claims the pro game has ruined the AIL.

I’ve been part of both sides of the argument and understand that it’s the nature of the structure to a certain degree but the league has been vital for these rising stars.

Sean French played twice for Cork Con during the Six Nations campaign and came back to play a crucial role in winning the tournament.

He could easily have been wrapped in cotton wool but he was afforded some game time and it stood to him.

Pro14 rugby returns this weekend with three of the provinces at home.

That will be a good change of focus for everyone, not only the players. There’s a lot of exciting rugby still to come.