Leinster will lose a great player when Sean O’Brien moves to London Irish but they will also have to deal with the loss of a leader in their ranks, according to Caelan Doris.

The Ireland flanker, a former European Player of the Year, announced his December move to the Exiles last week but looks set to remain in the national set-up until after the World Cup.

One of the players who will benefit from his departure in terms of playing time is Doris but the 20-year-old still laments the loss of the experience that the 54-times capped Carlow man brings to the province.

Doris graduated from the Leinster academy last year and has made 10 senior appearances.

The Mayo native’s rise through the ranks has coincided with a period of injury lay-offs for two-time Lions tourist O’Brien, which has limited their time together. 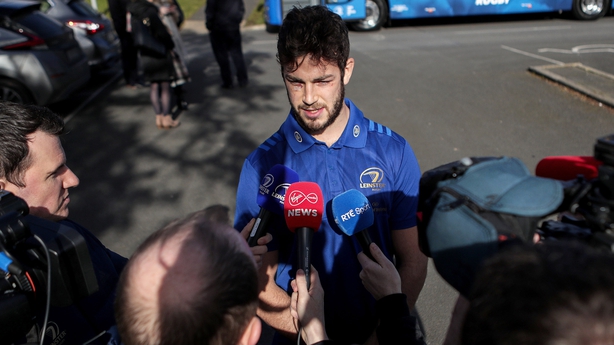 "Unfortunately out of the last two years that I’ve been here he’s been injured quite a bit so on the pitch it’s been limited to a couple of months," the number eight told RTÉ Sport.

"I’ve only had about 10 training sessions alongside him.

"But off the field, the way he looks after his body, the way he applies himself to his rehab, he comes in with a positive attitude every day, the way he leads in meetings [is great] even when he’s not involved at the weekends.

"He always has a point of view and tips for the younger guys. It’s a pity that I haven’t had more of an opportunity to train and play alongside him but the off-field stuff has been helpful." 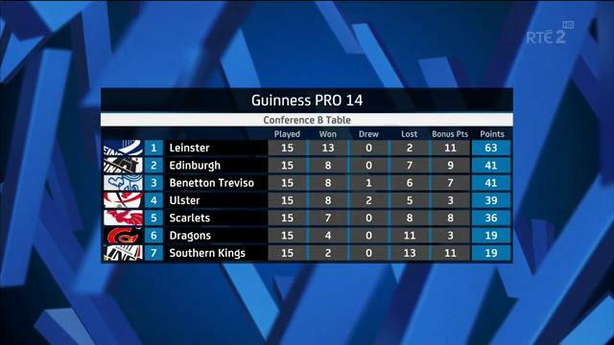 Doris, who hopes to be involved on Saturday for the Conference B leaders’ match against the Kings, says there are aspects of O’Brien’s game that he is trying to adopt.

"He’s obviously a very abrasive, physical ball-carrier, which is my favourite part of the game," he says.

"I try to get a good few carries in each game. That’s obviously what he’s renowned for, alongside his breakdown skills so that’s something I’ve been working on as well."

The former Ireland U20 star is also concentrating hard on improving certain skills he feels he needs to hone.

"The lineout is a big area of improvement for me," he adds.

"Through school and underage level I wasn’t involved too much; it would have been five-man lineouts and I would have been out so I’m doing a lot of work on my jump-shape and things like that, which is obviously crucial to the lineouts

"[Leo Cullen and Devin Toner] are very helpful and especially Scott [Fardy] during these periods, he’s always a good one for tips."