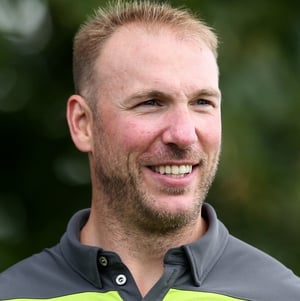 Despite the key injuries, this Ireland team is still capable of defeating the All Blacks.

They had a famous victory in Chicago, and can repeat the feat at the Aviva Stadium on Saturday and end our long wait for a home victory over this formidable rugby nation.

I do have some concerns of course, given the wobbles in their performance against Argentina. There were deficiencies in the lineout in terms of poor calls, throws and execution, and the scrum deserves a lot of praise for helping Ireland over the line.

Devin Toner brought some calm to proceedings when he came on last week, but he's going to be facing some formidable second-rowers in New Zealand. Everyone has to be on their game from 1-8 to ensure that Johnny Sexton is getting good ball.

But the management team and players have developed a skill for getting the job done and Saturday presents a perfect opportunity to get a result over the world number 1 side and make a statement ahead of a World Cup year.

There are four changes in the team but one area I thought there might be a question mark is at scrum-half, where Connacht's Kieran Marmion has been selected to start again ahead of Luke McGrath.

Given his connection with Sexton at Leinster, I thought that McGrath might get the nod this week and bring some of that continuity to the pitch during phase play.

His instincts for knowing where Sexton is on the pitch might be slightly stronger than Marmion's but I think Marmion secured his grip of the jersey after Schmidt paid him the compliment of naming him his man-of-the-match.

Rob Kearney is back in the 15 jersey this week and I'm certain he would have started against Argentina if he was fit. He's Schmidt's go-to-guy and he's always secure under a high ball.

Whenever people ask me my first first preference at full-back in world rugby, Kearney is always my answer. He's just so solid.

I appreciate that Jordan Larmour has been electric over the last couple of months but that doesn't mean that he has overtaken Kearney.

There's a balance to the team when Rob plays in it. It was very evident last week that there wasn't balance when Jordan Larmour was put under pressure. His kicking game also isn't as strong as Rob's.

It doesn't just come down to speed and explosive pace, it's about creating a balance and I think Joe Schmidt definitely has that when he has Rob Kearney in the team.

Ryan Crotty is the only change in the All Blacks side and Irish fans will have haunting memories of his late match-winning winning try at the Aviva Stadium five years ago.

Perhaps the New Zealanders are playing some mind games by putting him back in the squad, but players are so professional now and it won't interfere with their preparations.

This guy is no token selection and any assumptions that he could be a potential weakness in the opposition would be ill-advised. He has 43 caps, he's been around the block and played in some cracking winning teams for New Zealand.

On the subject of mind games, the residency rule surfaced once again in the lead up to this game. I think people are looking for something to pick on outside of the game to ruffle a few feathers in the Irish camp.

I'm not sure that's going to happen because you look at the performances that Bundee Aki has put in as well as CJ Stander. Those guys would die for the jersey.

The All Blacks have some young guys in there that are chomping at the bit to break into the regular team but they also have a lot of experience.

Kieran Reed has 116 caps and carries bags of experience. Damian McKenzie just beats defenders for fun as he demonstrated with his nimble footwork in the rain against England last weekend.

They're just littered with stardust.

My column focused on Seán O'Brien last week as he made his long-awaited return to the Irish fold for the Argentina clash.

It was an important game for him in trying to keep pace with the likes of Josh van der Flier and Dan Leavy, but a broken arm has given him a fresh setback.

It was a really unfortunate and innocuous incident. He might have had his bad share of injuries but to me, that was just unlucky. I really feel for him and it's difficult to be out of the game for possibly 8-10 weeks or even longer.

He's a mentally and physically strong guy so I'm sure he'll recover from this and hopefully he'll get a good run at the Six Nations to strengthen his chances of clinching a spot on the World Cup squad.

It feels like years have passed since the All Blacks fixture was announced and now it's finally here. I want Ireland to play with belief this weekend.

I know they're missing a couple of regulars like Conor Murray and Robbie Henshaw but you have to back yourselves at home and the fact that you're playing the number one team shouldn't disrupt that. 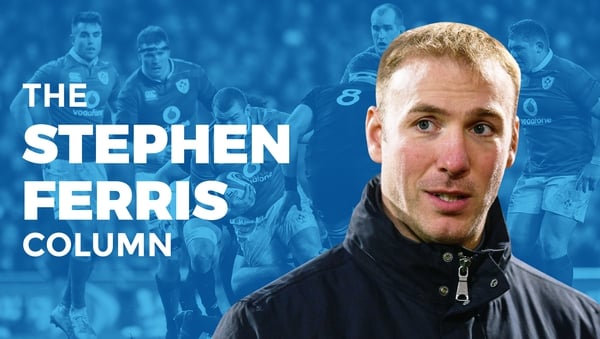 IRFU must do everything in its power to keep Schmidt

Pumas the perfect audition for under pressure O'Brien