The IRFU, not surprisingly, want Joe Schmidt to extend his tenure as Ireland coach beyond the 2019 World Cup, but are confident of a smooth succession should the New Zealander opt to move on.

After defeating Australian on their own patch for the first time since 1979 and with the crucial third Test to come, Schmidt no doubt has much to contend with as he and his squad look to finish a most satisfactory season on a real high.

For David Nucifora, Performance Director with Irish Rugby, the question was put to him about decisions the head coach will have to make in advance of the Japan World Cup.

Speaking to RTÉ Sport's Michael Corcoran in Sydney, he said: "It's a personal decision for Joe with what he wants to do. We maintained his services last time to bring him through to this World Cup. He's been in this part of the world a long time and he's got some choices to make.

"We would definitely like him to stay. We've been able to put in place a world class coaching team around Joe until the end of the 2020 season. If Joe decides to moves at least we are in a position to ensure that continuity would be maintained with the other coaches that are involved.

"There is talent within that coaching group.

"Until we have a decision on what Joe decides to do, we are only on what could be and what might be."

Nucifora did not want to be drawn on specifying a particular time in which a decision will be made and added: "We don't have a deadline as such but Joe and I communicate regularly enough to understand there's a time where both of us will want to make a decision for the good of him personally and the IRFU.

"We'll get to that point at some time before the World Cup."

Follow Australia v Ireland in the third Test on our live blog on RTÉ Sport Online and the RTÉ News Now app and listen to live commentary on 2fm from 10.45am (11am kick-off). 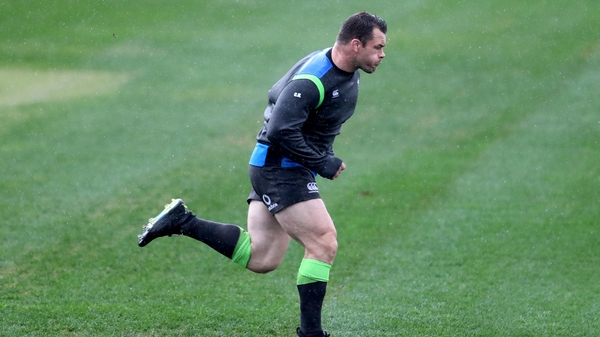 Henderson and Healy in full Ireland training as Kilcoyne flies in