Munster and Leinster meet for the 96th occasion this Saturday afternoon at the RDS and the form lines are contrasting.

Leo Cullen’s biggest challenge will be to ensure that his team are back up to the pitch of battle, no easy feat coming seven days after a taking their place at the head of European rugby. The arm-wrestle in Bilbao was not the finest spectacle in this history of the competition, but the only concern was adding that fourth star.

Even allowing for the world of modern rugby, a haven for ultra-professionalism, processes and a level of restraint with regards to celebration with other balls to juggle, you would have to imagine that the early part of the week, Sunday and Monday in particular, saw little attention geared towards their southern rivals.

Stacked full of Grand Slam winners (14 of Ireland’s match-day squad against came from the Leinster parish, compared to four from Munster) and imperious in Europe, Cullen’s side are well placed to add more silverware.

Only Munster at the RDS and, potentially, Glasgow or Scarlets at the Aviva Stadium stand in their way, and Johann Van Graan’s side have it all to do in order to confound expectations and indeed the bookmakers.

Defeat to Racing 92 has had a deflating effect, and questions around the backline and their ability to cut open the best teams around linger. While the Pro14 doesn’t capture the imagination in the same way Europe does, the prospect of a showdown is something that always quicken the pulse.

Which is why Munster’s inability to claim their full allocation of around 4,400 tickets - Munster say 900 tickets were returned - has raised a few eyebrows.

A European exit can have impact the mood towards the end of the season, and the Pro14 can feel like second best after losing at the penultimate stage to Racing 92.

A crowd of just over 10,000 attended the Pro14 quarter-final win over Edinburgh, which was around the same number as those who dug deep into the pockets for the trip to Bilbao. 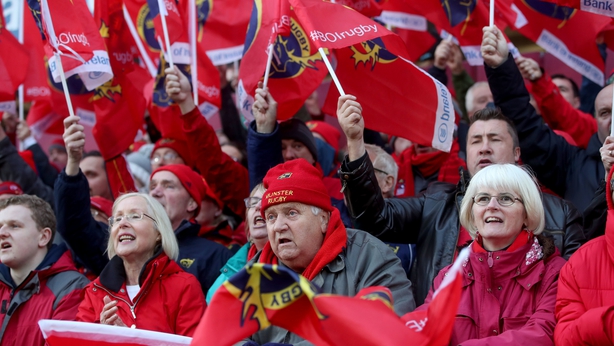 "I think a lot of Munster fans are sitting this one out because they spent a lot of money going to Bordeaux and they're happy to watch this one on TV," a Munster source told RTÉ Sport.

"If we were talking about a Champions Cup semi-final, it would be a totally different story and the hurling matches wouldn't come into it. Having said that, I would still expect a stronger turnout if they were to beat Leinster and make the final."

Interestingly, last season the Red Army also bowed out at the penultimate stage in the Champions Cup, but drew 18,332 to Thomond for the Pro12 semi-final victory over Ospreys, before falling to Scarlets in the decider in front of 44,558 patrons. 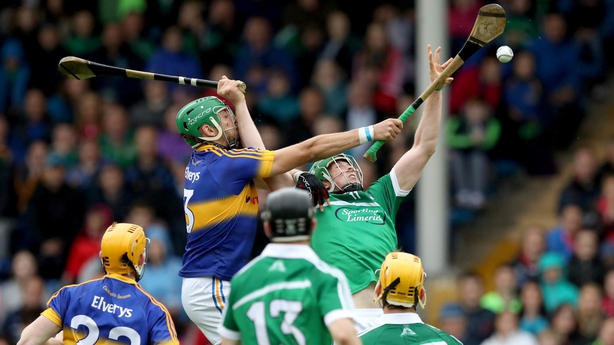 The respective calendars have tended to exist in harmony, but the new-look Munster Hurling Championship has created a slight overlap. Less than 24 hours after the whistle is blown at the RDS, the hurlers of Limerick and Tipperary will get the Munster Championship up and running, followed by the meeting of Cork and Clare.

With a significant crossover between GAA and Munster rugby loyalties, the presence of big hurling games may dissuade some from making the trip to the capital for a the game that's on television. If that were the case, it would go against the recent commentary where some observers feel that the Championship is losing more of a march in the battle for spectators and viewers.

When the restructured GAA Championship was revealed earlier this year, Keith Duggan writing in the Irish Times, suggested it was "risky if not provocative" to move the All-Ireland Finals into August.

Colm O'Rourke was among the most vocal crictics of the move, pointing out that the hurling and Gaelic football would no longer occupy the media's attention for the month of September.

With a sizeable contingent of Munster fans residing in Dublin, a growing number of supporters have been purchasing tickets through general sale in recent years.

A Munster spokesperson told RTÉ Sport that while 900 tickets of their away allocation were returned, it is hard to quantify the demand among Munster supporters for the general sale of tickets.

"We don't know how many Munster supporters purchased tickets as there was an open general ticket sale from Leinster while we were selling to our priority groups and we had not even opened the lottery to our remaining season ticket holders while the general tickets were on sale," the spokesperson said.

Red jerseys are expected to be dotted right around the ground which will be able to hold just shy of 19,000 on Saturday. 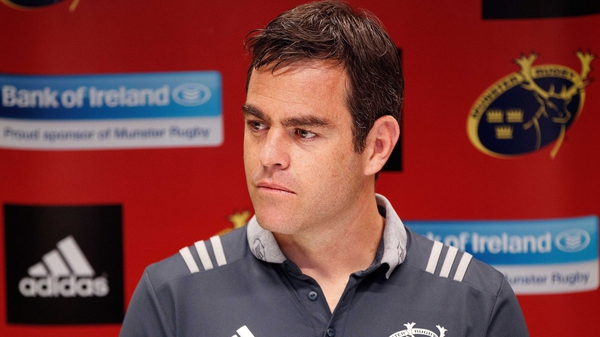 Van Graan: We're ready to measure ourselves against the best