Just short of the hour mark against Italy last time out, Ireland held a 42-0 lead and the game was going perfectly to script.

The visitors however scored more points in the subsequent 24 minutes than they had ever managed in 80 previously in Dublin, and the narrative was changed considerably.

Ireland ran in eight tries, boosted their scoring difference in a game that for long periods resembled a training session more than the cut and thrust of the Six Nations Championship, but the key question remained – was it a case of Ireland easing up, or a sign of defensive frailties that could prove far more costly in the final three rounds?

The consensus was that defence coach Andy Farrell would be pulling his hair out in the aftermath, and the former rugby league star admitted this wasn’t too far wide of the mark.

"I was fuming," he told RTÉ Sport.

"All you can be is honest. The plan going into the game was that we had to go after Italy with the ball and show good intent, and good intent without the ball with our line speed, hunger and physicality in defence.

A number of changes in team personnel may have disrupted the flow of the game, but with Wales showing their attacking prowess in cutting apart Scotland and narrowly falling to England despite a lengthy casualty list, such errors cannot be tolerated if Ireland wish to claim a third title in four years.

"It wasn’t acceptable because average is not acceptable in our environment and we have to be more ruthless than that, even when the scoreboard is in our favour.

"The players know that." 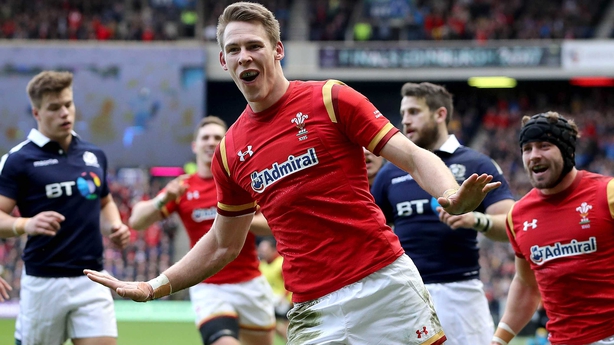 With attack-minded Scarlets providing nine starters to the Welsh team and Lions star Liam Williams (above) returning to the starting XV, the home defence is likely to be more stretched than in the previous two outings. While the Irish discipline and miserly defence - Italy aside - has been lauded under Schmidt’s tenure, Farrell did take heart from one aspect of the Irish efforts against Italy that seemed to falter late on.

"We want to score tries from the mistakes we force on the opposition through our defensive pressure. Four tries came from pressure we forced on them. That was pretty pleasing."

After the concession of just two penalties despite huge periods on the backfoot against England, Farrell’s counterpart in the Welsh camp Shaun Edwards continues to make the men in red an increasingly tough nut to crack.

Rob Kearney has experience of working with both men and says he is more at ease with the Irish defensive structure.

"Andy and his defensive system has a little more of a thought process behind it, a lot more onus on the back three to work hard in his system.

"I’ve played in both and I’m certainly more comfortable in Andy’s. 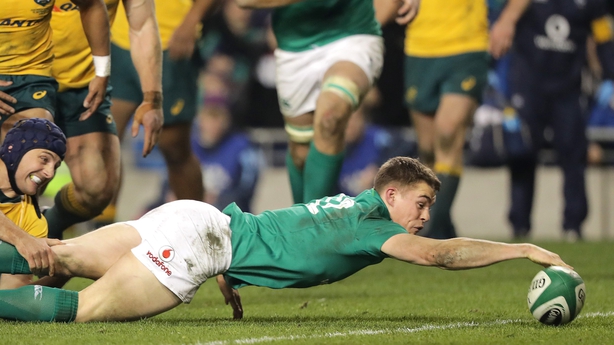 The loss of defensive cog Robbie Henshaw at outside centre opens the door for Chris Farrell or Garry Ringrose (above) to step into the breach.

Other changes in the backline seem unlikely, while Iain Henderson and Tadhg Furlong are back in training, and expected to resume full-contact later this week. CJ Stander too could be set to return at number 8.

For all their undoubted talent with ball in hand, Jordan Larmour, on his Test debut, and Joey Carbery were among the callow replacements who came under defensive scrutiny last time out. Both players could well feature against a Welsh side that has added brain to brawn in the backline, from the bench if not the outset and Farrell insists that the newer members of the squad need to get up to speed quickly.

"There are some young players who haven’t a vast amount of experience who might have got carried away with themselves a little bit, but to knock off… You can talk about any technicalities you want, but a lack of intent in the last quarter was not acceptable."

Farrell knows only too well the qualities Gatland, the former Ireland head coach, will bring to the table having worked with the New Zealander in the Lions set-up.

Defeat was their lot at Twickenham, but Farrell has been impressed by what he has seen in both rounds from Saturday’s visitors.

"I thought they were very good. They were excellent against Scotland in the first game. They are playing with a lot of confidence and are building depth."

"He [Gatland] will be preparing his side like a cup final. It’s do-or-die for them. It’s a cup final for us too."