Wales flyhalf Dan Biggar will miss his team's first three Six Nations matches due to a shoulder injury, according to BBC Sport.

Rhys Priestland is also ruled out of the majority of the tournament with a hamstring problem, leaving coach Warren Gatland without his two first-choice playmakers.

Biggar is likely miss the games against Scotland, England and Ireland, with Rhys Patchell, Owen Williams or Gareth Anscombe expected to wear the number 10 shirt.

Wales start their Six Nations campaign against Scotland in Cardiff on Feb. 3 before meeting defending champions England at Twickenham. 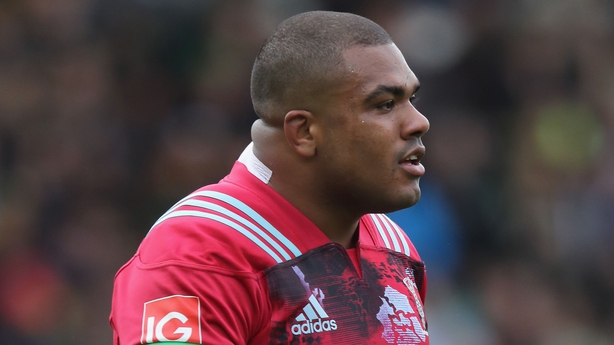 Meanwhile, England have suffered yet another injury blow after prop Kyle Sinckler was forced to leave the squad's training camp in Portugal.

Sinckler arrived in Vilamoura on Monday afternoon with a possible hamstring strain and has been replaced by Henry Thomas of Bath.

"Kyle will undergo further assessment and treatment with his club Harlequins this week," a statement released by England said.

The setback leaves Exeter's Harry Williams as the next in line to deputise for Dan Cole, the first-choice tighthead who will start the Six Nations opener against Italy on Sunday week.

It could be a major blow for Sinckler, who on Saturday was given the full backing of head coach Eddie Jones.

The 24-year-old emerged as a prop with a promising future during last year's British and Irish Lions tour but has since lost his way in a slump that reached its nadir when he was banned for seven weeks in October for gouging Northampton's Michael Paterson.

England have lost a succession of props for at least a chunk of the Six Nations and have been most badly hit at loosehead, where they are missing Joe Marler, Matt Mullan, Ellis Genge and Beno Obano.

They are now without 15 players for the start of the tournament after shoulder injury-victim Henry Slade was on Monday added to a list that already includes Billy Vunipola, Nathan Hughes and Elliot Daly as absentees.