The three-time European champions top Pool 3 on 14 points courtesy of a hard-fought win against Exeter, the current Premiership leaders.

Leo Cullen’s men impressed in the freezing cold on Sunday evening and would not have been flattered had another 10 points been added to the eventual 18-8 scoreline.

Lenihan told RTÉ 2fm’s Game On he believes scrum-half Luke McGrath has improved and that keeping Ireland out-half Johnny Sexton fit is vital as they bid for another European title.

"Luke McGrath had a magnificent opening half," said Lenihan.

"He’s been in a fight with [Jamison] Gibson-Park for that number nine jersey but I thought he was one of the players who went up a level again.

"Johnny Sexton has been outstanding; he’s on a different level. 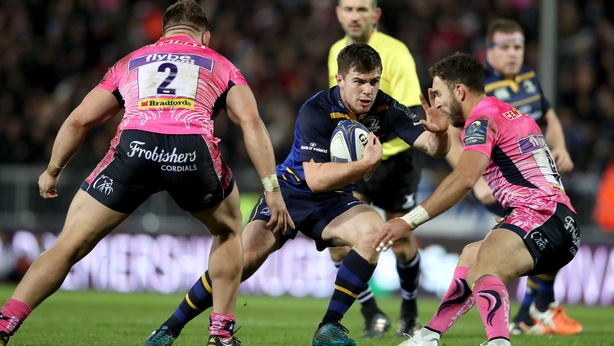 "If you have aspirations to win in Europe then the key sector of your field is the half-backs and I think Sexton is so dominant that he is the difference between winning this tournament and being there or thereabouts.

"I think [they are candidates to win it].

"They have so much strength in depth. They just blew Exeter way [in the opening 20 minutes].

"Exeter felt that this was a real big test and the night that they were going to show just how far they have travelled.

"They almost looked shocked at how competent Leister were. The Leinster scrum was absolutely masterful.

"There’s a calmness about this Leinster side.

"All of them have played, both internationally and in Europe, away from home in a lot of challenging arenas but they looked so composed."

Leinster host Exeter in the reverse fixture next Saturday at the Aviva Stadium, kick-off 3.15pm.