Eddie O'Sullivan believes the All Blacks back line woes have exposed a "vulnerability" that the Lions will need to expose if they are to return home from New Zealand with a momentous series victory.

That has forced Hansen to ring the changes to his back division, with full-back Jordie Barrett, the younger brother of world player of the year Beauden, and centre Ngani Laumape selected to make their first international starts (tomorrow 8.35am, live blog on RTÉ.ie and live commentary on RTÉ Radio).

And while O'Sullivan is in no doubt about the talent at Hansen's disposal, he believes the lack of experience in the All Blacks back line offers an opportunity for the Lions to capitalise.

"If they lose this Test they lose the series to the Lions and that undoes the image about them, it undoes their brand a bit, that they're not the invincibles everyone thinks they are. 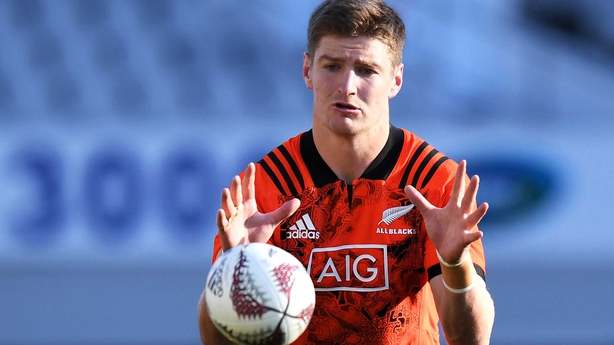 "They'll get a lot of flak at home if that happens, and they are in a tricky place with their back line.

"They have lost some key players in the back line and they are taking a huge punt on some younger players coming in and hoping they'll gel."

Barrett's meteoric rises comes on the back of some superb displays in Super Rugby, but O'Sullivan feels that the hosts know the risk they are taking with his selection.

"Jordie Barrett could have played in the Under-20 World Cup this year, suddenly he's playing in the final test, it's a massive call.

"Now he's a big lad, but it's just the experience, putting him in. He's had a great run in Super Rugby, but not a phenomenal performance against the Lions with the Hurricanes.

"Going up the next level is not as easy, so for that reason I think New Zealand are a little bit worried.

"They are not saying anything, they are putting a bit of a brave face on it, but there are a lot of questions around that back line. For that reason there has to be a certain element of vulnerability."

After being criticised heavily for his uninspiring tactics in the run-up to the tests, Lions head coach Gatland has seen his backs create one of the great Lions tries in the first match and bring about two fine scores in the second test win.

"If you look at the Lions back line, it fired very well last week and they got two excellent tries," O'Sullivan added, before conceding that the creative axis of Jonathan Sexton and Owen Farrell had yet to be truly tested defensively.

"It worked in attack as we knew it would, but defensively, with Sonny Bill Williams off the field, (New Zealand) weren't able to get into that channel and punish them.

"They'll certainly go after that this weekend and see if that makes a difference."

Connacht captain John Muldoon hailed Jordie Barrett's attacking ability but remained confident that Sexton and Farrell would be able to occupy his mind with their ability to put the 20-year-old under pressure with a varied kicking game.

"I think attacking wise, he'll be fine," Muldoon said. "It's those defensive issues that he might have, with Sexton and Farrell able to pick the corners. That's the one thing he won't be used to.

"He won't be used to going back on the angles, taking kicks. In attack he'll be fine, he has class and an awful lot of speed and he's an extremely good goalkicker as well.

"That's the other thing, will be asked to kick, a 20-year-old, will they chuck him in and kick. I think that'll be a bit too much for him.

"He'll be a huge threat, but hopefully the Lions will be able to attack him. He is and could be the game breaker."

Muldoon also praised Laumape, who stood out in the Hurricanes side that drew with the Lions earlier in the tour. 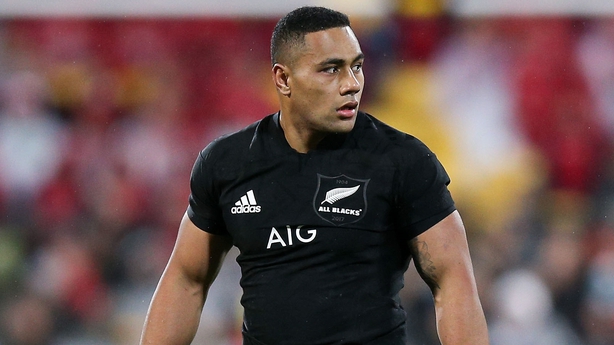 "They've also got a phenomenal player in Laumape, in the midweek tests you could see he was really fired up for it and Hansen came out and said he gave him no choice to put him in there," Muldoon said.

"(Malakai) Fekitoa is a quality player so to be in ahead of him shows you how good he is. He'll do a really good job of attacking that 10-12 channel."