Leinster hooker James Tracy and Ulster lock Kieran Treadwell have been handed their first Test starts for Ireland in Saturday's rematch with Japan in Tokyo.

Tracy, who won his third cap as replacement during last weekend's 50-22 victory over Japan in Shizuoka, and Treadwell, who made his debut off the bench last time out, have been given the chance to lay down a marker ahead of the 2019 World Cup.

Ulster-bound scrum-half John Cooney, who has had stints at Leinster and Connacht, is also poised to win his first cap off the bench.

Now, Cooney is set to become the eight and final member of the touring squad to make his Test debut.
Dan Leavy, Luke McGrath and Simon Zebo were the only players not considered for selection for Ireland's final game of the season.

"Dan Leavy sustained a cut and was very bruised from last weekend," said Schmidt at Ireland's team base in Tokyo.

"He is still recovering from last weekend. He will probably be OK for the weekend but we had some fresh guys who could come in and do the job.

"McGrath played 80 minutes last weekend also and caught an elbow in the eye. He should be fine as well but It's precautionary. We felt the need to look after him this week.

"The other one is Simon Zebo. He trained fully on Tuesday but today there was still fluid on his knee and he wasn't as comfortable as we would have liked at training, so we have decided to give him a rest." 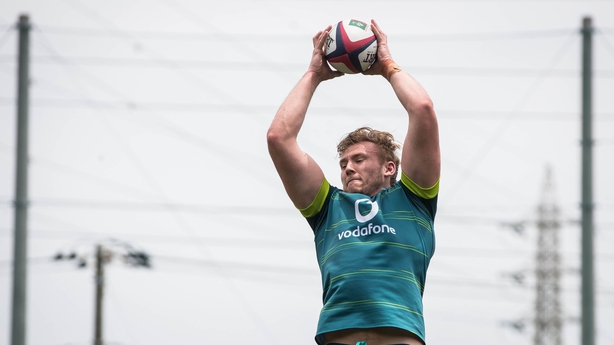