Warren Gatland has name three Irishmen in the British and Irish Lions side that will kick off the tour to New Zealand against the Provincial Barbarians on Saturday morning.

Ulster pair Rory Best and Iain Henderson - making his Lions debut - start in the pack, while Leinster out-half Jonathan Sexton is given his first crack at marshalling the backline.

Tadhg Furlong and Jared Payne get the opportunity to make their Lions debuts after being named on the bench.

The team is captained by tour skipper Sam Warburton, who is joined in the forwards by fellow Welshmen Alun Wyn-Jones, Ross Moriarty and Taulupe Faletau.

All three Scottish Lions - Greig Laidlaw, Stuart Hogg and Tommy Seymour - start in the backline along with England trio Ben Te'o, Anthony Watson and Jonathan Joseph, while the Six Nations champions provide both props in the shape of Joe Marler and Kyle Sinckler.

"We are all hugely excited about the first game on tour," Gatland said. "It’s a great opportunity for the starting XV and the whole match day squad to lay down a marker and get the tour off to a good start.

"We have named a side that showcases a strong combination of experience and youth and we are really looking forward to Saturday.

"We are lucky to have some real leaders in the squad and to be able to select them for this match in the likes of Rory Best, Alun Wyn Jones and Greig Laidlaw."

Gatland acknowledged his selection leaned heavily on those players that were early arrivals in Lions training camp, and noted in particular the half-back combination of Sexton and Laidlaw. 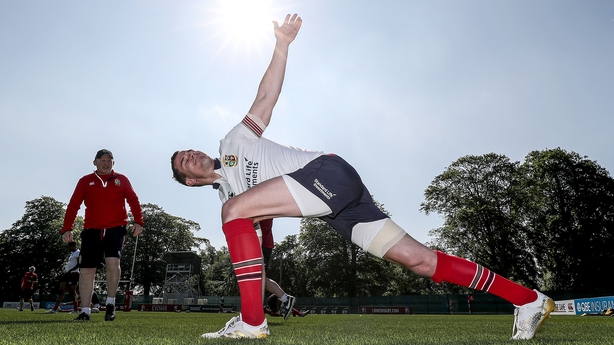 "I’m looking forward to seeing what Greig can do alongside Johnny Sexton who both are experienced half-backs," Gatland added.

"It is also great to have Sam starting in the first game of the tour, something he didn’t do in 2013 and I’m looking forward to seeing what we can do this weekend.

"The balance of the squad is really good, we have selected the majority of players who were together for the training weeks in Wales and Ireland and they have worked together and prepared well for a number of weeks.

"It is important these guys get a run early and lay down a marker for others to follow.

"We’ve picked the team for Saturday but it is still the plan to try and give the whole squad a start in the next two matches.  It is important the players get that opportunity, because if they go well and the team goes well, they put themselves in the shop window for a Test start."