Connacht have confirmed that Robbie Henshaw will be leaving the province at the end of the season.

The 22-year-old centre, a starter in Ireland's defeat in Paris on Saturday, has chosen not to renew his current deal with the Westerners and will head for pastures new in the summer.

Neither the player or province have confirmed his next destination, although he has been heavily linked with a switch to Leinster.

Henshaw thanked the province and underlined his desire to go out on a high as Lam's men challenge in Europe and in the Pro12.

“I would like to thank everyone involved in Connacht Rugby who has played a part in getting me to where I am today, from my club, Buccaneers, to my school, Marist College and all of the coaching staff in Connacht Rugby itself," the Athlone man said.

“I was fortunate to be given my chance to play pro rugby at just 19 years of age and it’s been an incredible journey over the past four seasons, culminating in my breakthrough onto the national team.

“I also want to thank the Connacht fans who have always been so supportive of not just me but the team as a whole.

“Connacht Rugby are sitting in a strong position both in the Pro12 and Challenge Cup and I am determined to play my part to ensure we finish the season out on a high.

Connacht coach Pat Lam said: “Obviously we are disappointed with the ultimate outcome of our negotiations with Robbie, however, we respect the decision he has made and wish him all the best with the Irish team into the future." 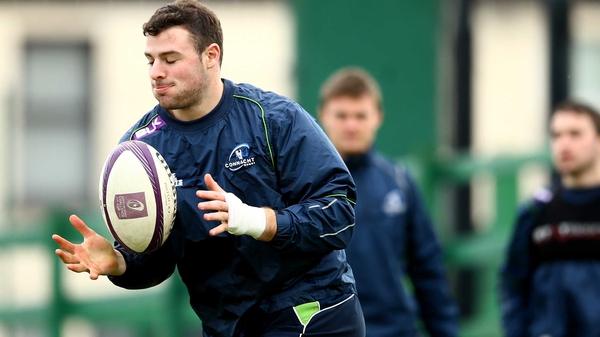