Conor O'Shea will leave Harlequins this summer, paving the way for the former Ireland full-back to replace Jacques Brunel as Italy coach.

The Harlequins rugby director confirmed he will leave the Twickenham Stoop at the end of the season, after six years at the helm.

O'Shea, an RTÉ Rugby analyst, has been in charge at Twickenham Stoop since 2010 and he guided Quins to their first-ever Premiership title in 2012, while also scooping the European Challenge Cup and LV=Cup at the club.

"I will have been very fortunate to have had the opportunity to contribute to this special club for over six years come May," O'Shea told Harlequins' official website.

"I have enjoyed working with everybody at Harlequins, from the players to the staff to the supporters, having said that, the end of this season is the right time for me to move on."

Italy coach Brunel had initially been tipped to leave his post immediately following the 2015 World Cup, but has remained on board to see the Azzurri through the Six Nations.

That has allowed the Italian Rugby Federation (FIR) to bide their time in the pursuit of O'Shea, their preferred candidate for the head coach's role.

An Italy spokesman told Press Association Sport: "We will announce the new head coach after the Six Nations," reconfirming Brunel's departure and opening the door for O'Shea. 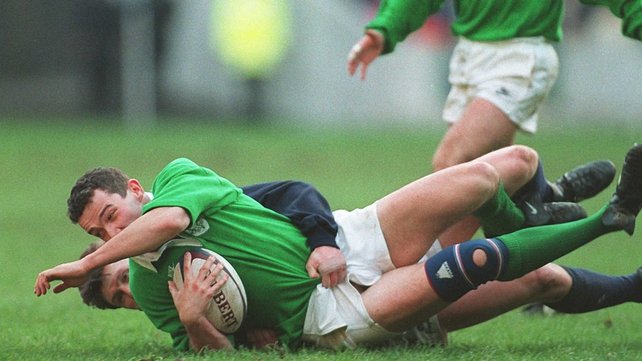 O'Shea is keen to focus on Harlequins despite being first linked to the Italy job in March however, with the London club sat third in the Premiership table.

"I don't know what the next move is - I'll see," O'Shea told Sky Sports News.

"There'll be plenty of opportunities. I'll make that decision as and when, and it may be made for me in many ways. Whether it's Italy or not will be for them to consider, not for me."

O'Shea has now set his sights on ending his Harlequins tenure with further silverware, with the club already through to the European Challenge Cup quarter-finals.

"We have a very talented group of players and coaches who are intent on securing silverware this season and that is my sole focus and where all our efforts are concentrated," he said.

"I will say my goodbyes when the season is over."

Quins will immediately begin the process of replacing the former London Irish boss but David Ellis, the club's chief executive, admits O'Shea will be a tough act to follow.

"All of us at the club are of course disappointed that Conor will be leaving us at the end of this season," said Ellis.

"Conor took over as director of rugby after a difficult period in our history. Under his leadership and through his determination, energy and positive approach he has helped restore pride in our famous shirt and rejuvenate the playing style for which we are known.

"Conor will leave the club in a significantly better place than he found us and for that we are all grateful to him."