Ian Keatley has hailed the emergence of Connacht as a genuine Pro12 force - but warned his old province that he is desperate to knock them off their perch this weekend.

Keatley spent three years with the Westerners before moving to Munster in 2011, and said their current success has its roots in a long-term plan to be genuinely competitive in the league.

Connacht currently top the Pro12 and travel to Thomond Park on Saturday (5.15pm) looking for a first win there since 1986.

"They talked about having good strength in depth and you can see that now. They changed their squad around for their last two Challenge Cup games and they came away with two victories. I think the average age of their squad is 23 or 24.

"John Muldoon is a warrior and he’s leading those young lads into a very competitive position at the moment."

Connacht coach Pat Lam has talked up the importance of his side's preparation for the top-of-the-table collision, and Keatley is relishing the prospect of such a high-stakes game between the two Irish clubs.

"We're doing well, we're not playing pretty but we're doing a job. We're second in the league and we're playing Connacht who are first - we want to be top of the league after Saturday," he said.

“The matches are getting bigger and bigger each season and to have an inter-pro, Connacht against Munster, first-versus-second clash is not only great for the Rabo but it’s great for Ireland.

"The weather hasn't allowed us to play our rugby at the moment and we've done well to grind out results, playing the ball in the right areas of the pitch, showing good game management." 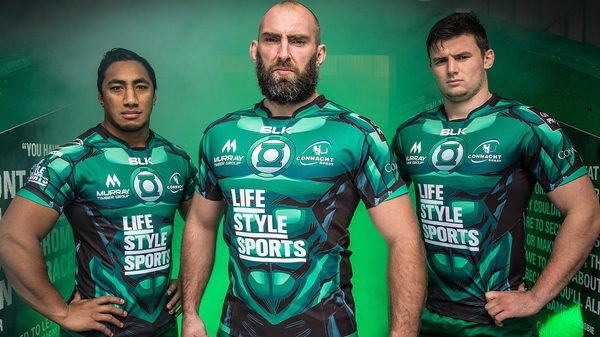