Leinster and Ireland backrow Kevin McLaughlin has retired from rugby on medical grounds after a neurologist raised concerns over issues related to concussion.

Having sustained a concussion in the province's opening Guinness Pro12 game against Edinburgh, McLaughlin was referred by the Leinster's medical team to a neurologist, due to concerns about his increasing susceptibility to concussion and the length of recovery.

Following tests it was recommended that it would be in his best long-term interests to stop playing.

The 31-year-old said: "It is upsetting and frustrating to have to retire when I feel I have so much left to give but it is the right decision and I am glad that our medical staff were so pro-active in encouraging me to see a neurologist and getting his expert opinion.

"The support I have received from the club and my team mates has been incredible and will help to soften the blow of having to having to retire from the game I love.

"It has been an absolute privilege to represent UCD, St. Mary's, Leinster and Ireland over the years and from a rugby perspective I have no regrets. Some special memories in particular would be my first cap for Ireland in 2010 and Leinster's Pro12 win in 2013 after having lost the previous three finals.

"The two Heineken Cups, particularly the 2012 win in Twickenham will also last long in the memory. I was lucky enough to be involved in Leinster throughout a very successful and rewarding period during which I have learned a lot about life and made lifelong friends.”

The St Mary's man made his Leinster debut in April 2007 and has since made a total of 115 appearances for the province, scoring four tries. He has won two Heineken Cup medals with Leinster, starting in both final wins over Northampton Saints and Ulster Rugby and has also won a Challenge Cup and three Pro12 titles.

He played for his country eight times, having made his debut against Italy in the opening game of the 2010 Six Nations. His last cap came against New Zealand in November 2013.

Leinster head coach Leo Cullen said: "Kevin is one of the most selfless players in our squad. He is the consummate pro and always put the team first. His record speaks for itself in terms of what he has achieved but outside of that his influence will live on in Leinster beyond his 115 caps for the players that were lucky enough to have worked and played with him day in, day out.

"He is a very popular member of the squad both on and off the pitch and thankfully Kevin is open to the possibility of helping out with us behind the scenes certainly in the short term and again I think that's an indication of the esteem with which he is held within the group. We wish him all the best for the future.” 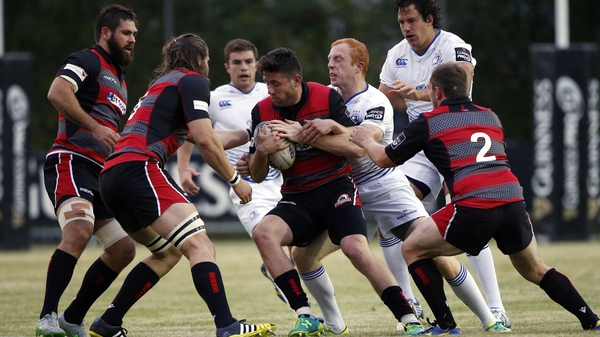