A defeat for Leinster at home to Quins will be a disaster and make qualification from Pool 2 highly unlikely. To prevent such an event, the weak, disjointed and largely lacklustre display that Leinster delivered away from home at The Stoop last weekend has to be improved in many ways.

Firstly, the dynamism of the backline must be far more potent, with the ball being spread wide with more pace and with more pre-planned moves to trouble Quins in their own 22.

That pace and ingenuity that Leinster are known for was sorely missing last weekend and made then look like a very ordinary side that simply didn’t have the imagination to break down the Premiership team when they got into the red zone.

The key here - as it has been all season - is to bring Ian Madigan into the game. At 12 he is the key game changer for Leinster, not Jimmy Gopperth inside him.

If Leinster can allow Madigan to get possession, with time and space afforded him by a dominant display by the pack ahead of him, then they can do damage.

Matt O’Connor’s side do this week in, week out in the Pro12 and have racked up 25 tries in doing so. However, in their last three games agaisnt Treviso, Ospreys and Quins they have failed to ignite, much like they did in defeat to Toulon in last season’s European Cup quarter-finals, where they limped to a 29-14 defeat.

If a similarly conservative and predictable Leinster display comes out tonight, then Quins are going to claim a huge scalp. However, O’Connor’s reputation is on the line and you would imagine he will have this team fired up to the hilt to produce something special at the Aviva.

Step one is to get the nudge in the scrum, and an unchanged front row this week get a chance to do that and make amends for last week. In the second row, Kane Dougles comes in and will be looked to produce something of an enforcer role in the engine room, which will set the tempo for Rhys Ruddock, Dominic Ryan and Jamie Heaslip to dominate the breakdown. From there Leinster must eliminate the threat of the key men in the opposition: Nick Easter, Danny Care, Marland Yarde and Mike Brown.

Leinster have the ability to step up gears when it matters and they should do it tonight. If they don’t the pressure on O’Connor will undoubtedly be turned up a notch.

Verdict: Leinster to win by ten. 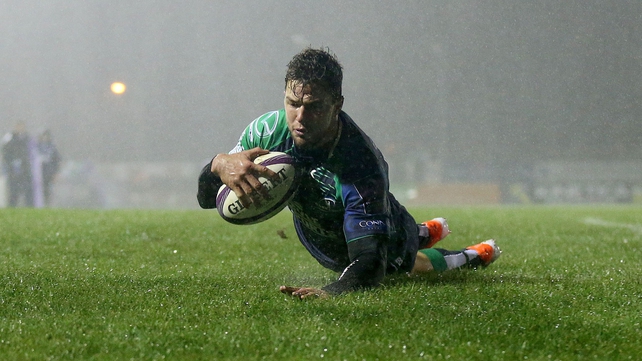 A win away from home for Connacht here would be a hugely valuable result. As it stands they trail Exeter by a single point heading into round four, and are second in the pool, with those two sides set to meet in Galway in round five, before Connacht head away to La Rochelle in their last pool match.

Exeter have both La Rochelle and Bayonne at home, making their run-in the easier of the two sides, and certainly making them favourites to top the pool.

A win here for Connacht, and one against the English side in round five, would change the dynamic heading into the final match and put all the pressure on Exeter.

However, with a finish in the top seven in the Pro12 head coach Pat Lam’s primary goal this season, the Connacht side is much changed with the entire starting XV altered.

Needless to say the team that beat Bayonne 42-19 last week was the more intimidating outfit. But, this is a chance for several of Connacht’s fringe players to step up and get an opportunity to show their wares and an opportunity for Lam to try to new pairings and combinations ahead of the clash with Leinster on 19 December.

Experience comes in the form of Darragh Leader, Fionn Carr and Miah Nikora in the backline. In the pack, Ronan Loughney, Michael Swift, Aly Muldowney and Willie Faloon provide the ballast.

The rest of the side is peppered with youth in academy products - Caoilin Blade and Conor Finn getting their first start for the Westerners in the backline.

Up front, more academy players get their chance, with Finlay Bealham and James Connolly getting their chance. Danny Qualter also makes his senior bow at No 8.

With all that in mind Connacht are somehting of an unknown quantity this weekend. How they will gel and how all those players will adapt to the senior game are to be decided.

In terms of gameplan, it’s business as usual for Connacht. They’ve got a balance going at the moment that has them ticking over, the next step is trying to maintain that to ensure they can have an even better second half to the season than they have in the first.

However, Bayonne need a win to stay alive in the competition and one would have to imagine with the likes of John Elissalde, Clemet Otazo and Florian Lapeyandre starting, and Mark Chisolm on the bench, they will have too much for Connacht this time out.

Verdict: Bayonne to win by seven.