Ulster’s victory over Munster in the quarter-finals of the Heineken Cup was a stunner.

The self-belief which has been self evident in Brian McLaughlin’s squad all season was at the fore as the men in white tore Munster apart in an opening 15 minutes which will be one of the standout memories of this season’s tournament.

Munster, for all their bravery in the pool stages of this season’s competition, had looked weak in crucial positions and creatively plodding all season.

The Ulstermen’s rabid ferocity at the breakdown, and aggression in the tackle, was the perfect recipe for success in Limerick, and the northerners got their tactics spot on.

Going into the Munster tie, Ulster knew they would be facing either Toulouse or Edinburgh in the semi-finals, should they reach that stage.

The fact that Edinburgh knocked out European rugby’s aristocrats will have sent shivers of delight down Ulster fans’ spines as they contemplated taking on their familiar Celtic foes in the last four. 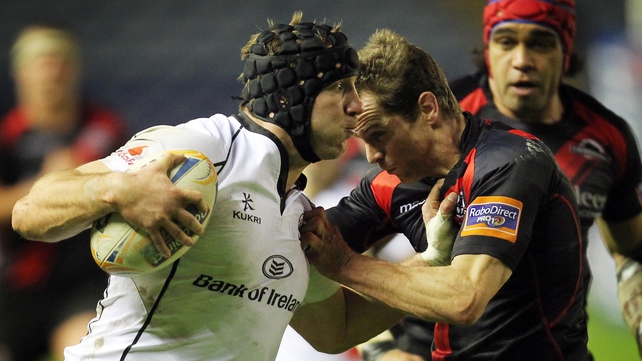 A knock-out tie against Toulouse in the H Cup is any European team’s ultimate test, but a home tie – albeit in the Aviva Stadium, not Ravenhill – against a team who has never before reached Europe’s last four gives Ulster a distinct upper hand psychologically, on the surface at least.

That parity has not been reflected this term; however, with Ulster’s improved form delivering two striking results: a 42-20 victory in Murrayfield on 6 January, and a 38-16 victory in Ravenhill on 2 March. The form is with the Ulstermen.

You have to go right back to the 2007/08 season to find a year where Edinburgh managed a whitewash of wins over their Irish rivals.

Complacency is always a danger when results stack up in favour of one side, but one would imagine the hard-nosed Springbok element of the Ulster side will stamp out any such thoughts or suggestions.

Ulster have lost Chris Henry for the semi-final (ankle strain), and after the back row’s seismic performance in the last eight, this is a distinct loss.

However, the injury news has been more good than bad for Ulster, with Paddy Wallace, Pedrie Wannenburg and Paul Marshall all declared fit.

The returning triumvirate of Stephen Ferris, Dan Tuohy and Rory Best form the spine of a top-class pack, and they, along with captain Johann Muller, will once again form the foundation stone of this team.

It's the nine-ten axis where most questions will be raised over McLaughlin’s team selection. The Ulster chief has opted for Ireland under-20’s Paddy Jackson at number ten, with Springbok Ruan Pienaar feeding him at nine.

The clamour in recent weeks had been for Pienaar to shift along the line to ten, and to bring the impressive Paul Marshall in at scrum-half. McLaughlin has eschewed this plan and gambled on youth at out-half instead. 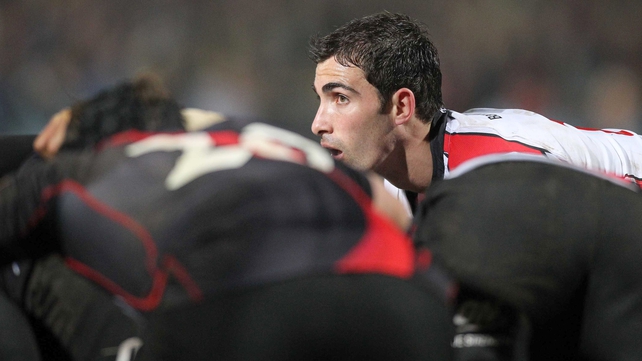 Pienaar is effective at both nine and ten, but without question he has more influence on the game from further out across the line, and he can do more attacking damage from that position.

Ian Humphreys’ woeful kicking out of hand against Munster earmarked him for the chop and it’s no surprise to see him excluded today, especially considering that Jackson started at ten against Connacht and Leinster recently.

By putting Humphreys and Marshall on the bench, however, McLaughlin has loaded his replacement options with experience and talent.

Much like Ireland have had the option of bringing on Ronan O’Gara for Jonathan Sexton, and Eoin Reddan for Conor Murray in recent times, Ulster’s strength in depth here could be crucial in a tight endgame.

Edinburgh head coach Michael Bradley, by contrast, has opted for stability in naming the same XV that defeated Toulouse in the last eight.

The former Connacht coach will be looking for creativity from Greig Laidlaw at out-half. Laidlaw’s half breaks and clever kicks over the top were a bright spot in Scotland’s 2012 RBS 6 Nations campaign and that kind of unpredictability could unsettle Jackson opposite him.

With Mike Blair at nine, Edinburgh have first-class delivery off the base. 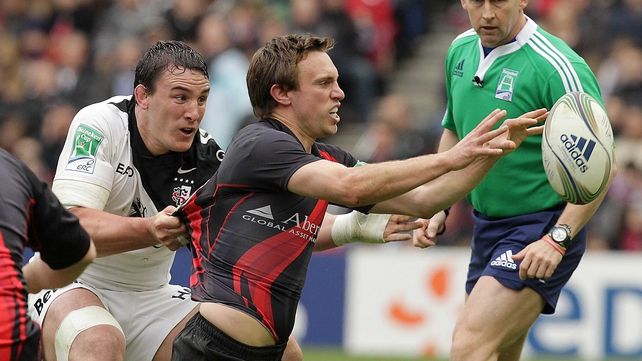 In the centre, Matt Scott and Nick de Luca should not strike fear into the hearts of Ulster’s back line. However, out wide Lee Jones and Tim Visser are very dangerous, speedy competitors. Jones, in particular, looks like he has a very bright future ahead of him.

When Laidlaw does decide to spin it wide, expect Scott and De Luca to act as quick conduits to the back three, with cut ins off the wing and clever lines of running the order of the day.

Ulster have their own dynamite on the flanks in the form of Andrew Trimble and Craig Gilroy, who are more than a match for their opposite numbers.

With John Afoa suspended in Ulster’s front row, the playing field is more even in the scrum, and Edinburgh will be delighted by his absence.

One has to imagine that this solid Ulster pack will grind Edinburgh down in the loose and close out any space Edinburgh hope to exploit with a solid, quick-up defence. With that platform laid, Ulster’s backs must deliver a similar performance to the one against Munster. In essence, they must be clinical and take correct options. In words it’s simple, in reality, in the cauldron of a semi-final, it’s a different prospect.

If Edinburgh’s pack cannot gain parity, their backs simply won’t be able to live with Ulster’s very physical approach. Add Ulster’s up front, brutal nature to a home crowd baying for blood, and Saturday looks like being a white day.

Prediction: Ulster to win by 12.