Connacht went down to a narrow defeat, but did pick up a bonus point against Gloucester in their Pool 6 Heineken Cup match at the Sportsground.

Freddie Burns kicked the English side 6-0 ahead at the Sportsground before James Simpson-Daniel and Connacht captain Gavin Duffy swapped tries coming up to half-time.

The second period was bookended by penalties from Niall O'Connor and Burns as the Cherry and Whites stood firm to pick up only their second away victory in all competitions since February.

Connacht showed their intent in the opening minutes with Ethienne Reynecke snaffling a turnover and David Gannon bounding up the right wing.

Gloucester scrambled well though and despite struggling for early territory, Burns edged them ahead with a thumping eighth-minute penalty from halfway.

Pressure from the restart led to Dario Chistolini infringing at a scrum, but O'Connor failed to find the target.

Burns then spotted a mismatch in midfield to storm into the Connacht 22, setting up a third penalty attempt which he converted.

Justice was served for the hosts when Burns struck an upright with a long-range penalty attempt after Ray Ofisa was harshly penalised.

Connacht were let down by a series of mistakes - loose lineouts being the most obvious - and Gloucester cranked up the pressure for a deserved 31st-minute try.

Their skipper Luke Narraway went close before play was swung out to the left, the Cherry and Whites biding their time until a lovely offload out of the tackle from Eliota Fuimaono-Sapolu sent Simpson-Daniel over in the corner.

Burns failed to add the extras but the concession of the try prompted Connacht to lift their game.

O'Connor's high kick broke for Duffy to gather and jink away from Olly Morgan and glide over by the posts.

O'Connor converted to close the gap to 11-7 before Gloucester almost ended the half with a second try, Charlie Sharples just running out of space as he hurtled onto Henry Trinder's teasing grubber kick.

An early offside in the second half saw O'Connor make it a one-point game, slotting a high and handsome kick from the right.
A powerful couple of scrums and a lineout maul got Gloucester back into scoring range, but they turned down a kickable penalty and Connacht's committed defence kept them out.

However, it fell to Burns to punish Rodney Ah You for being caught offside on 72 minutes, his close-range penalty edging Gloucester home, although the losing bonus point got Connacht off the mark in their first Heineken Cup campaign. 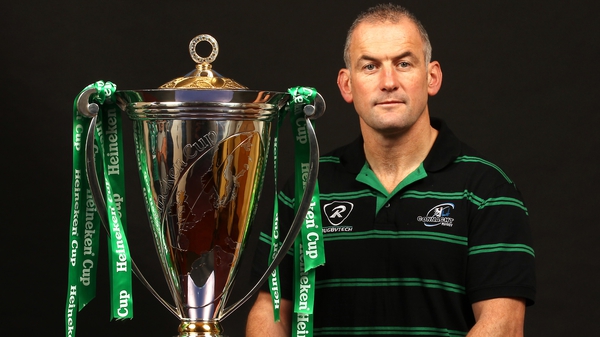 Elwood: 'We have to be competitive'