Connacht blew the Magners League title race wide open as they put in a gutsy performance to beat provincial rivals Munster for the first time since 1986.

Four penalty goals from man-of-the-match Ian Keatley saw the league's bottom side score another shock victory at the Sportsground, following up on last month's memorable defeat of defending champions Leinster.

The result - Munster's first loss in Galway since 1979 - still sees the European champions hold a three-point lead at the top of the league table, but coach Tony McGahan will be very disappointed with his side's display.

Although the likes of Paul O'Connell, Ronan O'Gara and John Hayes were rested, McGahan still fielded ten players from the team that started last month's historic clash with the All Blacks.

However, Munster's chances of recording their seventh win in eight league games were dented by two sin-binnings - Niall Ronan and Doug Howlett saw yellow in each half - and Connacht, who moved ahead in the final quarter, had the physical and mental strength to hold on.

Connacht's intensity was set by an early tackle by Robbie Morris on Munster stand-in captain Mick O'Driscoll but the visitors looked dangerous as they probed with box kicks and gained turnover ball.

The red tide lapped its way towards the Connacht try-line as they chased a grubber kick from Paul Warwick but Gavin Duffy was on hand to bail the home side out.

Munster managed to convert some of that early pressure into points when Mike McCarthy was penalised for a ruck offence, allowing Warwick to open the scoring against his former province.

Connacht would not be overawed and the pre-match favourites needed a tap tackle from Ronan to floor a charging Andrew Farley as Connacht flooded through towards the 22.

Munster built their game on a defensive solidity which frustrated Connacht time and again and Warwick, presented with his second shot at the posts, watched his 46-metre effort fall just short.

His opposite number Keatley drew Connacht level after 21 minutes, firing a penalty over from the right after a ruck offence from Alan Quinlan.

Buoyed by this, Connacht's forwards began to make more headway coming up to half-time.

Winger Troy Nathan made a powerful burst up the right and good carries from Sean Cronin and Brett Wilkinson got the hosts within scoring range.

Keatley's subsequent drop goal attempt was off target but when Munster openside Ronan was sin-binned for deliberately slowing up quick ruck ball, Keatley made no mistake with a close-range penalty.

Munster had to switch their hookers before kick-off, with a training-ground injury forcing Jerry Flannery out and Frankie Sheahan received a late call-up. Sheahan damaged his shoulder before half-time though, meaning a Magners League debut for young Michael Essex.

Connacht lost their grip on their 6-3 half-time lead when Warwick sent over a monster penalty kick, six minutes into the second half.

With Ronan restored, there was a sense that the table-toppers would pull ahead. A chip and chase from Howlett had the Connacht defence under plenty of pressure but they survived and a missed drop goal from Keith Earls and a wayward Warwick penalty did little for the visitors' confidence.

Some clever kicking from Liam Bibo relieved the pressure on Michael Bradley's men and with new centre Niva Ta'auso, an experienced Super 14 campaigner, putting himself about and registering some thumping tackles the action came to the boil again.

Howlett added more heat when he got his marching orders for tackling Duffy in the air as he took down a high ball and when Munster debutant Nick Williams went offside at a ruck after 62 minutes, Keatley stroked home the penalty for a 9-6 lead.

Connacht survived another bout of pressure near their posts and forced a crucial penalty near the Munster 22 when James Coughlan was seen holding onto the ball on the deck.

The nerveless Keatley slotted the kick and with errors creeping into Munster's game and strong game management from Keatley and Frank Murphy behind a never-say-die pack, Connacht claimed a glorious and deserved win. 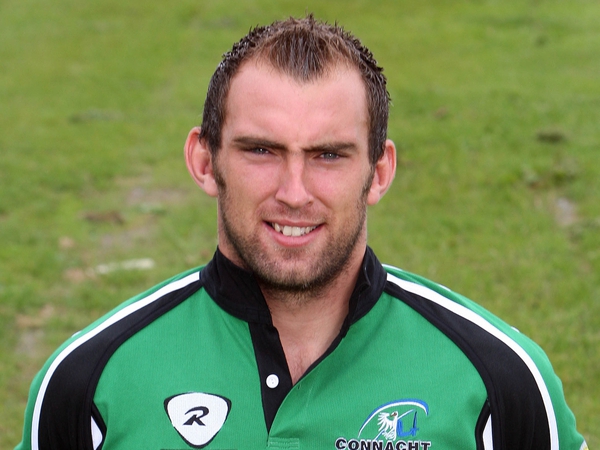