Leinster concluded their pre-season preparations with a resounding victory over the Queensland Reds at Donnybrook on Saturday evening.

The Magners League champions, wearing a green kit to raise awareness for the environment in association with EmissionZero and Ecocem, were in control early on and scored a tenth minute try from hooker Bernard Jackman after a quick lineout with Jamie Heaslip.

Felipe Contepomi missed the conversion. Four minutes later the Reds were back level when Poutusi Luafutu crossed over.

Leinster regained the lead after a spell of pressure when Shane Horgan capped off some excellent work from Contepomi after 26 minutes.

Recently named vice captain Shane Jennings was next on the scoresheet after a good drive into the Wesley End of the ground to give the hosts a 15-5 lead.

Credit to the lads who never let their heads drop and first Aidan Toua (34 mins) and Digby Ioane (38) crossed over, with out-half Ben Gollings adding both conversions.

Then in injury time Cian Healy scooped the ball to pile over the line, with Argentina's Contepomi adding the points, to give Leinster a narrow 22-19 advantage.

The game ebbed and flowed and it was Rob Kearney who was the opening try scorer of the second half when he capped off a fine move involving the impressive Brian O'Driscoll to gather a kick and chase and spin clear of the Reds defence.

Contepomi converted and the floodgates opened with Contepomi (64), substitute Sean O'Brien (79) and Leinster's most capped player Malcolm O'Kelly getting on the scoresheet.

It was a good workout played in front of a near capacity Donnybrook ahead of the start of the Magners League title defence next weekend away to Cardiff. 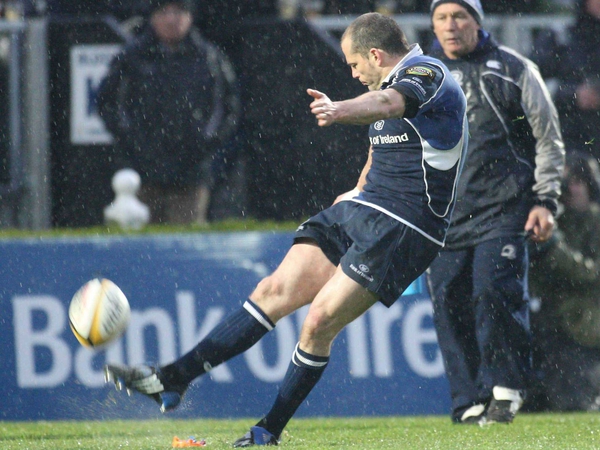 Leinster name side to face Queensland