Scotland obtained their first away triumph over Argentina after beating them 26-14 in the second Test in Buenos Aires.

Record-breaking full-back Chris Paterson, who became his country's most capped player by making his 88th appearance in the match, contributed 13 points to make it a particularly sweet occasion for him as he overtook Scott Murray's cap tally.

Meanwhile, Northampton lock Ignacio Fernandez Lobbe played his last Test before retiring from international rugby at the age of 33.

Frank Hadden's side started strongly and carved out a penalty opportunity for Paterson after only six minutes.

He duly slotted the points but the hosts could have drawn level when Federico Todeschini pushed his attempt wide.

A mistake from the home side gave Paterson the chance to make it 6-0 as he converted from the left and after 23 minutes the Scots had a try.

Ross Ford was the scorer, touching down after a good interplay between Iain Morrison and Mike Blair. The metronomic Paterson added the extras to make it 13-0 to the Scots.

The Pumas were looking nervy in possession and were clearly lacking the experience of some missing stars.

Scotland, on the other hand, were much improved having lost the first Test and were passing crisply and quickly.

Paterson added a further penalty to make it 16-0 at the interval.

The second half started in much the same fashion as the Gloucester man continued his fine form in front of the posts to add another three points after 52 minutes.

Nine minutes later Argentina were finally on the scoreboard as Lobbe finished a fine counter-attacking move.

Todeschini was on target with the conversion as the score moved to 19-7.

That reawakened the fans and the team responded, Lucas Borges going over before seeing his effort ruled out after referral to the TV referee.

Five minutes later, Scotland were back in the driving seat as Dan Parks made a great interception in his own half and ran 40 metres before running out of steam.

But he had the presence of mind to offload to Graeme Morrison to rush through between the posts.

Man-of-the-match Paterson converted and gave the Scottish a 24-7 lead.

Horacio Agulla touched down in the last minute and Todeschini hit the extras but they could add no more to the final scoreline of 26-14 result.

That score, however, prevented Scotland reaching the 15-point margin they needed to get an improved IRB ranking. 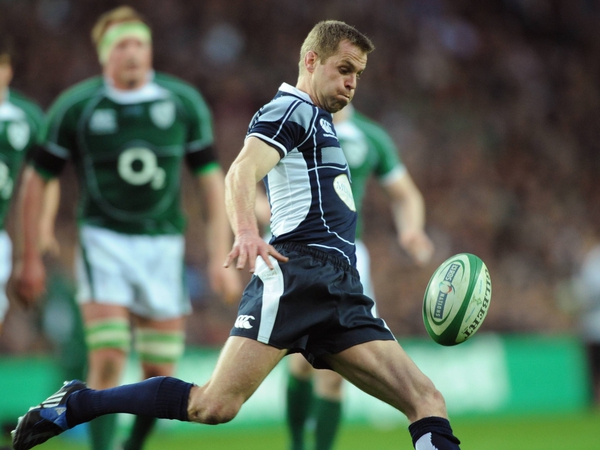