Former captain Bob Skinstad and hard-working loose forward Danie Rossouw have been drafted into the Springbok team for Saturday's Tri-Nations Test with New Zealand in Durban.

Skinstad and Rossouw will take over from the injured Pierre Spies and Juan Smith at Number 8 and blindside flanker respectively.

Northern Bulls loose forward Pedrie Wannenburg has been included on the bench.

Spies and Smith were named in the South Africa team on Wednesday, but coach Jake White left the door open to make changes after a number of his players picked up injuries in the 22-19 win over Australia last weekend.

Regular skipper John Smit and prop Gurthro Steenkamp were ruled out of this weekend's match earlier in the week.

Lock forward Victor Matfield will lead the side in the absence  of Smit. 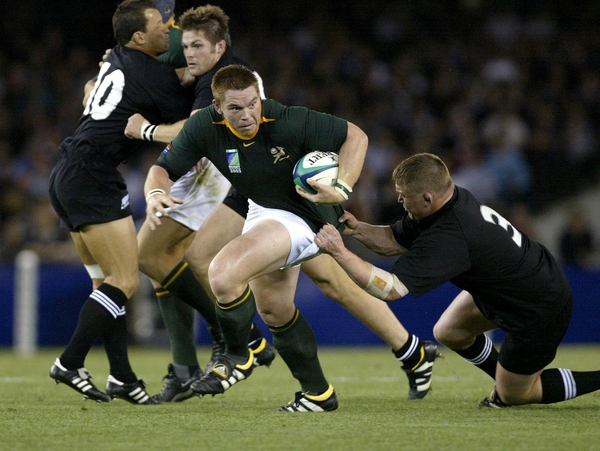