Justin Tipuric will captain Wales for the first time in Sunday's World Cup clash against Uruguay.

Ospreys flanker Tipuric leads a team showing 13 changes from the side that beat Fiji on Wednesday, with only wing Josh Adams and centre Hadleigh Parkes remaining.

Adams, who scored a hat-trick of tries against Fiji, suffered a dead leg during that match but is fit to resume.

Ospreys second-row forward Beard returns to action a month after undergoing appendix surgery that delayed his arrival in Japan.

Wales head coach Warren Gatland has opted for a split of six forwards and two backs on the replacements' bench, with scrum-halves Gareth Davies and Tomos Williams providing back division cover.

Victory for Wales against Uruguay would result in them topping Pool D with four successive wins - their best World Cup group stage performance since 1987.

It would also confirm a quarter-final appointment with Six Nations rivals France in nine days' time.

France finished as runners-up in Pool C following the cancellation of Saturday's game against England due to the approach of Super Typhoon Hagibis. 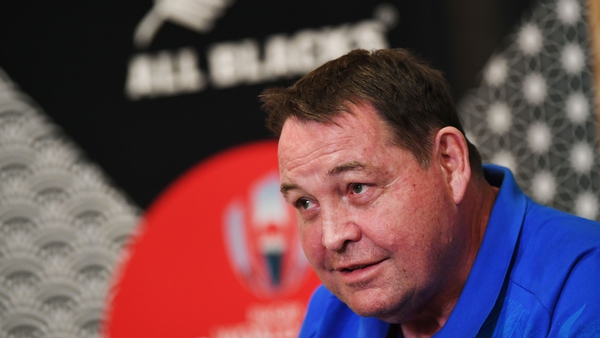 All Blacks coach Hansen: Cancelling it was a no-brainer Rugby