What can Ireland get out of this game that will help ease the pain of Shizuoka?

Not much really. It will, of course, put another bit of daylight between the squad and the defeat to Japan but that loss will remain an open sore for a while yet.

Racking up 10 points and qualifying for a quarter-final, as Ireland are expected to do, won't provide much solace.

Joe Schmidt might lament that World Rugby have said that three of four offside penalties Ireland conceded were awarded in error but the number two team in the world, who set such high standards in 2018, should never have been in a situation where a couple or three refereeing calls should have such a bearing.

Make no mistake, Japan were a much better side on the day.

And now the only way to banish the demons of Fukuroi is to get to the knock-out stages and deliver a knock-out blow to New Zealand or South Africa.

That's redemption right there; running in half a dozen tries against part-timers simply doesn't cut it.

There was some talk in the immediate aftermath of the Japan game about getting back on the horse quickly but with Russia next up it was unfortunately a case of seeing Frankel make a bolt for it and being left to lasso Mister Ed.

However, they still have to get this match and the one against Samoa on 12 October out of the way.

And before anyone gets over-excited about underestimating Russia, there's one thing to remember: they are not in same class as Japan, they are nowhere near.

This is what their out-half, Ramil Gaisin, reckons: "I hope that the main Ireland players will appear, and being on the pitch with such star players will be a big thrill. I can't wait for it to happen." 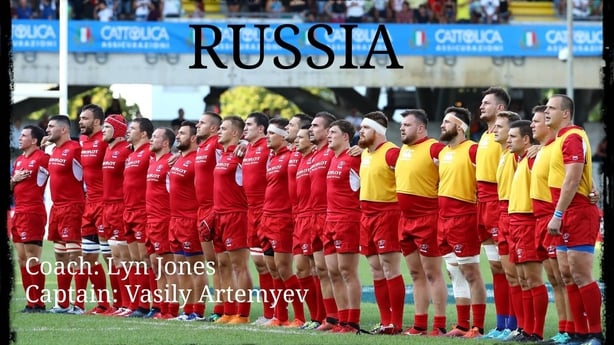 Well, he's got his wish and will line up against Johnny Sexton, the Leinster man captaining the side for the first time on his 86th appearance.

When we are looking for positives to take from this game then getting Sexton through a good 70-minute workout is one place to start.

Doubts remain over his overall fitness. He said yesterday morning that he was 100% fit and will take on goal-kicking duties.

His old team-mate Shane Horgan reckons the Kremlin provided more accurate updates about the health of ailing premiers during the Cold War than the IRFU provide about their charges.

Schmidt said Sexton could have continued to kick against Scotland but didn't, said he could have played against Japan, but didn't.

We simply don't know for sure and the best we can hope for is to see Sexton jogging off the field with a few minutes to play with a big smile on his face.

Elsewhere, Bundee Aki is back in following Chris Farrell's concussion and Jacob Stockdale is rested with Andrew Conway, impressive against Scotland, coming in.

Garry Ringrose starts his third game of the campaign, a "risk" they have to take, says the boss.

In the pack only Peter O'Mahony retains his place, but moves to 7, as Schmidt opts to run out what would have been considered dirt-trackers. After Japan, who knows? Dave Kilcoyne, Niall Scannell, John Ryan, Tadhg Beirne, Jean Kleyn and Rhys Ruddock all start.

Number 8 Jordi Murphy comes in "straight off the flight", says Schmidt but they "have a lot of confidence about him being able to slot straight in."

The Bears, who make six of their nine changes in the pack, shouldn't complicate the Ulster player's return to the fold after missing out on original selection but called upon after Jack Conan fractured his foot.

Russia, now under head coach Lyn Jones and with Dubliner Mark McDermott as forwards coach, have never won a World Cup game in six attempt and have an average losing margin of 31 points. 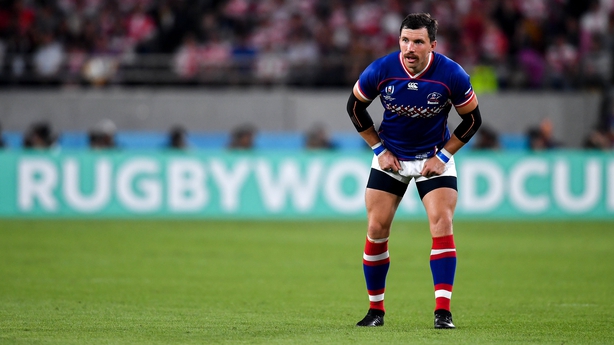 Beaten 30-10 by Japan in the opening game they made a decent fist of it early on but, as captain Vasily Artemyev, formerly of Blackrock College, UCD and Northampton, indicated in his post-match interview following the 34-9 loss to Samoa, these guys are just glad to be here, and hope to earn some respect along the way.

"We have many experienced players who will perform their roles," said Artemyev of the nine newcomers.

"I am sure that, regardless of who comes on the pitch, it does not change the whole composition."

The sides have met before in the World Cup, that being the last occasion that Russia qualified, in 2011.

Ireland ran out 62-12 winners in Rotorua with Keith Earls (2) and Rob Kearney among the try-scorers, while Artemyev got one of Russia's tries.

This match was never meant to be must more than a training exercise for Ireland but the loss to Japan has added extra pressure.

Every move and pass, every set-piece, every ruck, maul and tackle will be scrutinised and perhaps if Ireland can get close to perfection in execution it will help the team in their overall mission.

Should Ireland get nervous and struggle to put away the Russians it will be read as a sign that their heads are not in the right place.

Follow Ireland v Russia on Thursday (kick-off 11.15am) via the live blog on RTÉ.ie/Sport and the News  Now App, watch live on RTÉ2 from 10am or listen to live match commentary on RTÉ Radio 1 from 11am. 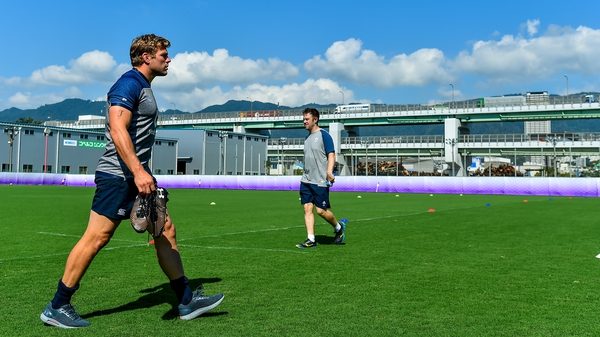