Scotland's fortunes at the 2019 Rugby World Cup will depend largely on the form of two key players.

The threat comes Exeter full-back Stuart Hogg, a double Six Nations Player of the Tournament, and out-half Finn Russell of Racing 92, where he is one of the highest paid players in the world.

Hogg has 19 tries to his name from 69 Tests, while Russell's return is five from 46, but it is the magic the pair can work in tandem that sets them apart.

"The full-back feeds off [Russell] as much as Russell seeks to put Hogg in space…or use him as an elaborate decoy."

They are both imaginative and elusive runners with a sense of adventure and a keen eye for a gap, making even the most unpromising looking situations dangerous. 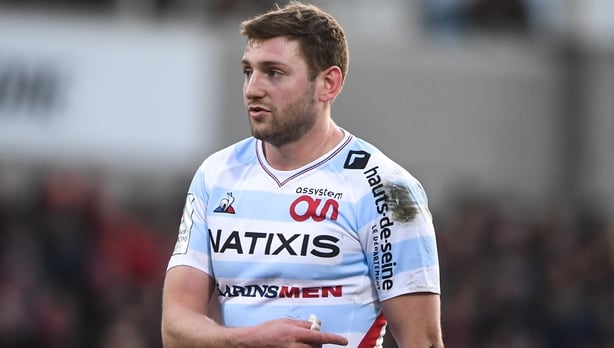 Former Munster scrum-half Mike Prendergast, the new attack and backs coach at Racing, will get the chance to work closely with Russell after the World Cup but has seen the 26-year-old from the Stade Francais dugout last season.

He notes: "He is such a danger on the line. He has the ability to make a late decision that can catch defenders.

"If Scotland get good, quick, front-foot ball, he loves to attack the line. He looks for little chinks in defence that if any defender knocks off he can exploit that space.

"And while everyone talks about attacking the space - he is the one who creates that space. Ireland and [defence coach] Andy Farrell will have their homework done.

"I know he is working hard to vary his game and on his offensive kicking, those kick-passes and those kicks to contest possession as well.

"His passing game is up there as one of the best in the world, he just has an incredible skill-set."

While the virtues of both Russell and Hogg, who has toured twice with the Lions, are well know it was intriguing to see how their philosophy has infected the rest of Gregor Townend’s team. The head coach himself a mercurial play-maker in his day.

The recent home win over Georgia was a perfect example. The star duo were absent but that didn’t alter the game plan.

It was all dinks, chips, offloads, quick lineouts, soft hands and clever lines. All six of their tries came from their backs. Try-scorers Blair Kinghorn and Darcy Graham, for example, were excellent in the loose.

Ali Price and Sam Johnson also got on the scoresheet, with Price’s replacement at scrum-half Peter Horne crossing twice.

Aware that moving fast ball out wide is key to nullifying larger and stronger packs, the forwards - with Hamish Watson and captain Stuart McInally to the fore - are tuned into the same frequency.

Their backs scored 11 of 13 World Cup warm-up tries, which encompassed two wins over Georgia and a loss and victory against France.

As England saw first hand in the second half of the breathtaking 38-38 draw at the end of the Six Nations, when the team get on a run it's extremely difficult to stop them. 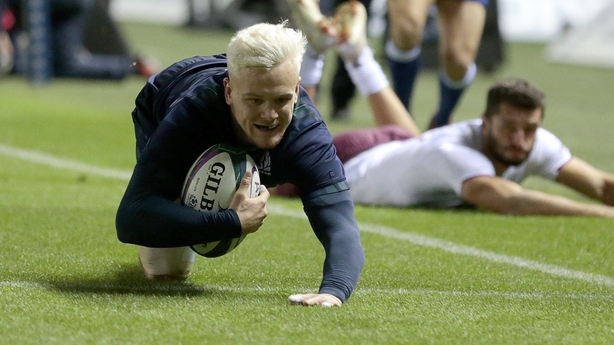 Darcy Graham is on fire. The 22-year-old has already scored five tries in just seven appearances and the Edinburgh winger fits in perfectly with how Townsend wants his men to play.