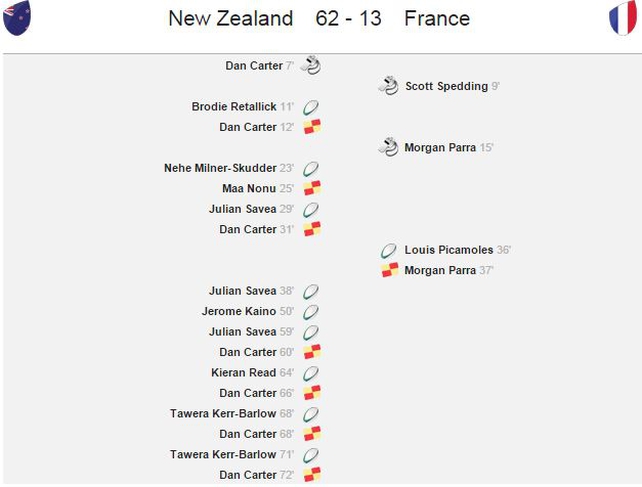 A lot of the pre-match talk had centred on France's quarter-final upset against New Zealand in this same Millennium Stadium, but a repeat was never on the cards as the All Blacks coasted to a crushing 62-13 success to set up a semi-final meeting with South Africa next weekend.

South Africa's 42-14 win over Samoa in 1995 was the largest previous win in a World Cup quarter-final, but that was removed from the record books as the Kiwis sent out a warning that they are not about to hand over the trophy they won four years ago. 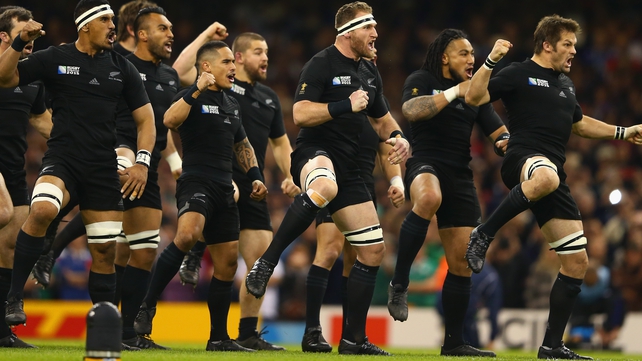 New Zealand led 29-13 at the break, but really ramped it after the interval as France, dogged by stories of revolt and rebellion in the build-up to the game, were swept aside in embarrassing fashion.

New Zealand might have beaten France 8-7 to win the World Cup on home soil four years ago but there were still plenty of Cardiff demons to exorcise. 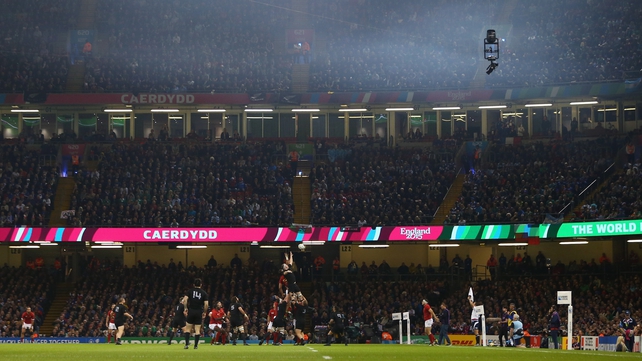 France had won a thrilling Millennium Stadium quarter-final in 2007 and Kiwi greats Richie McCaw and Dan Carter, the two New Zealand survivors from that night, might well have recalled that defeat as they took to the field.

Les Bleus came into the contest amid talk of rebellion in the camp with the players said to be so disaffected with coach Philippe Saint-Andre that they had taken charge of selection and coaching for this game.

Whatever the truth of that, and this was certainly an ignominious end to Saint-Andre's time as France coach, it had no effect as New Zealand displayed huge intensity from the start and knocked Les Bleus back.

Nonu broke into the '22 in the first minute to establish a period of pressure which ended with Carter's seventh-minute penalty. 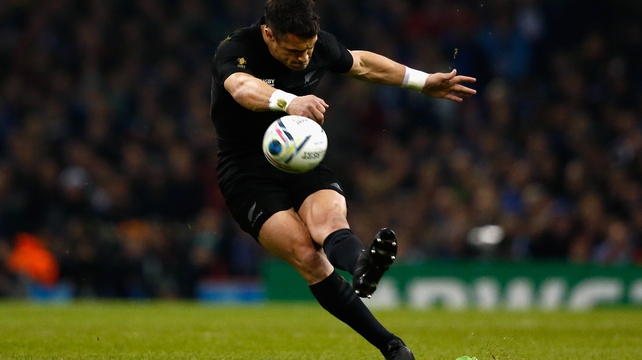 Scott Spedding levelled within two minutes from inside his own half, his penalty clearing the crossbar with the aid of a post.

But parity lasted less than two minutes as Retallick charged down Frederic Michalak's kick and the All Blacks lock charged through unimpeded for the game's first try.

To add injury to insult it was Michalak's last involvement as the outside-half headed down the tunnel with suspected hamstring damage and was replaced by Remi Tales.

France might have been playing in unfamiliar red but it was a performance straight from the French manual: good in parts in fronting up to New Zealand but also careless at times. 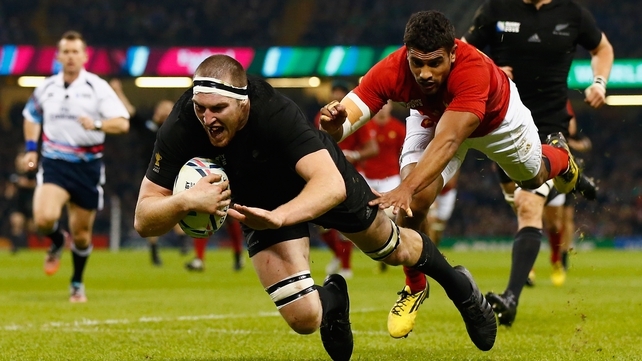 The latter was summed up by Morgan Parra's missed penalty from virtually in front of the posts which would have made it a one-point game.

Parra had reduced the deficit to four points with a successful kick but New Zealand showed their attacking ability when the ball was moved from left to right after Carter's drop goal attempt had been charged down.

Conrad Smith and Nonu moved the ball on for Nehe Milner-Skudder to beat opposite number Bruce Dulin and his pace took him clear of full-back Spedding for a seventh try in six Test matches.

New Zealand gave the impression that they could score every time they entered the France 22 and Carter's sublime pass out of the back of his hand gave Savea a clear run to the line.

Carter converted for a 24-6 lead and it was looking increasingly desperate for France, but four minutes before the break they were given a lifeline after Bernard Le Roux had failed to accept a pass. 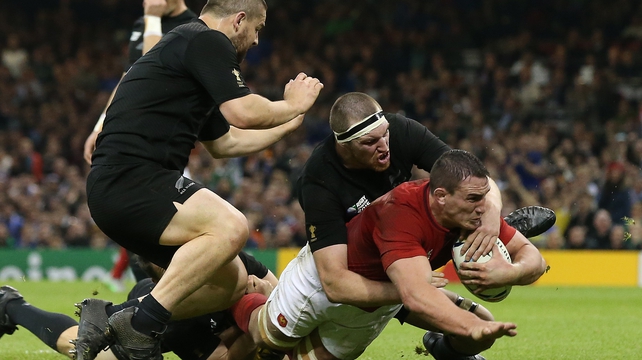 The ball bounced kindly for Louis Picamoles and he shrugged off the attention of two defenders to make it to the line, his try confirmed by the television match official, and Parra converting.

But New Zealand responded instantly when Ben Smith beat Picamoles to a Carter garryowen and started a move which ended with Savea finishing like the bulldozing former All Blacks great Jonah Lomu in the corner.

Savea ran through his opposite wing Noa Nakaitici and Spedding before shrugging off prop Rabah Slimani to hand the All Blacks a 16-point interval advantage. 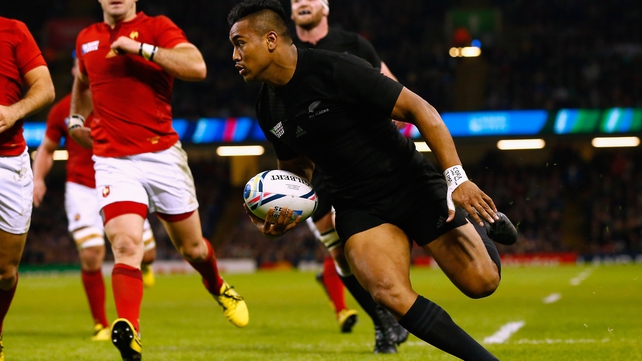 France started the second half with renewed vigour but they were reduced to 14 men within seven minutes when Picamoles was yellow carded for shoving his fist into the face of McCaw.

All Blacks fans called for Picamoles' dismissal when they saw the incident on the big screen but referee Nigel Owens adjudged that it was more than a push than a punch.

But France were soon punished on the scoreboard when they ran out of numbers wide out and flanker Kaino sauntered in at the corner. 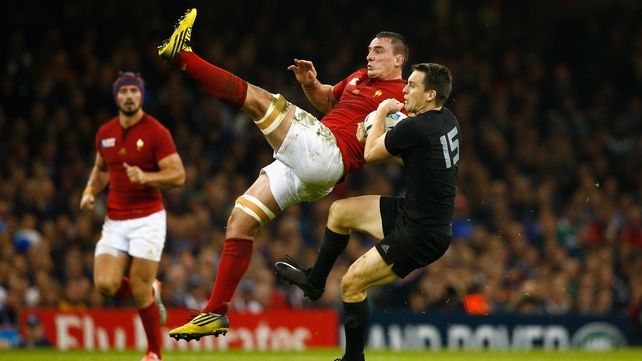 It was now a case of how many tries for New Zealand and Savea wrapped up his hat-trick from turnover ball, Read strolled in and Kerr-Barlow's support skills gave him two easy tries.

The only sour note for New Zealand was the early loss of prop Wyatt Crockett which, in the wake of Tony Woodcock returning home, might leave them short in that department.

But on this evidence it looks as if the trophy will be returning to New Zealand in a fortnight's time. 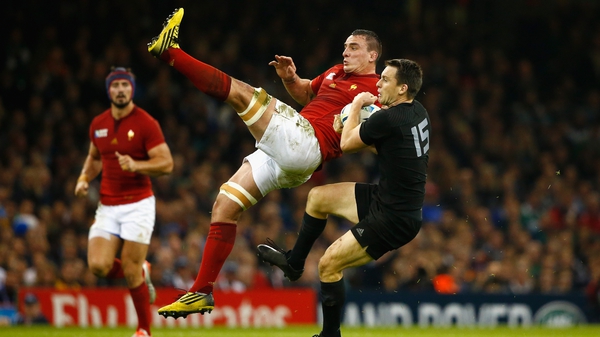