Leigh Halfpenny - and not James Hook or Lee Byrne - will be the Wales full-back in Saturday's World Cup quarter-final against Ireland.

Hook, who has played Test rugby at full-back, centre and fly-half, has to be content with a place on the bench.

Flanker Dan Lydiate, though, returns to the starting XV announced by Gatland today.

Lydiate's determined recovery process included him getting up at two-hourly intervals during the night and icing an injury that initially threatened to destroy his World Cup dream.

Eight of Gatland's matchday 22 are aged 23 or under, which confirms the impact Wales' thrilling younger generation have made on the tournament.

But there are no places for British and Irish Lions trio Byrne, Stephen Jones and Andy Powell, who all miss out as Wales move towards what could be their most successful World Cup campaign since 1987.

Wales finished third in that inaugural tournament. Victory over Ireland would set up a semi-final against England and France, two teams struggling for consistency.

"This is Rugby World Cup quarter-final time, and we had some tough decisions to make with the likes of Dan, Shane and James returning from injury and the side having done so well in their recent absence," Gatland said.

"But this is the side we have gone with and, as a 22, we believe it is the team which gives us the best chance of winning this game against an Ireland team which not only topped their group, but beat Australia on the way."

"This was a tough selection for us," Gatland added.

"It was probably one of the longest selection meetings we have ever had, where we went through every possible permutation available to us.

"It is a great position to be in when you are struggling to find a place for players in the squad and the starting line-up, instead of having to think who can make up the numbers, which has sometimes been the case." 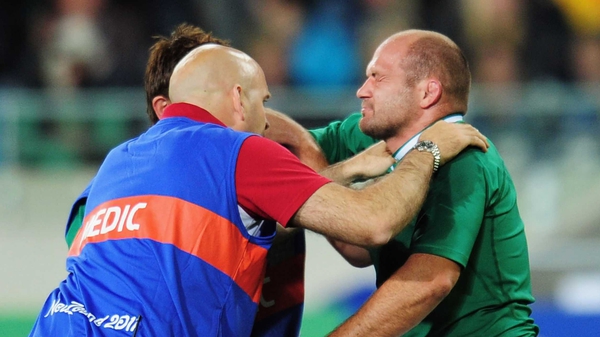