Trainer Henry de Bromhead admits that the "unbelievable" week has surpassed even his wildest expectations.

Jack Kennedy guided Minella Indo home to take the Gold Cup on Friday after the Waterford-based trainer had already bagged five winners for the Festival, including the Champion Hurdle and the Champion Chase.

The Gold Cup was a one-two affair, with leading jockey Rachael Blackmore forced to settle for second on A Plus Tard.

Speaking on RTÉ 2fm’s Game On, Ruby Walsh asked the trainer if he ever imagined such a successful week at the prestigious event.

"No, I have to admit, not at all. It would have been a dream to have a winner at Cheltenham when I first started training," he said.

To end up with a week like this is unbelievable

"It seemed like a long way away. We have worked hard, and we have had our ups and downs, but to end up with a week like this is unbelievable." 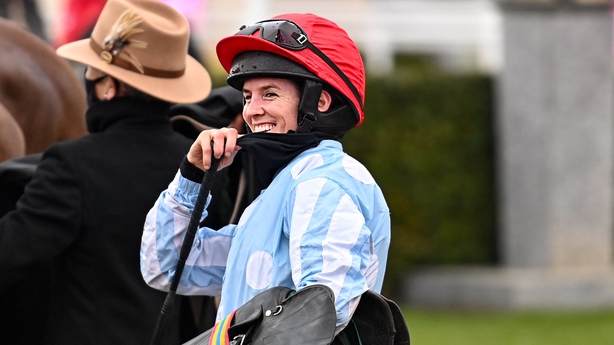 Her six wins, including a history-making victory aboard Honeysuckle in the Champion Hurdle, have seen the 31-year-old's reputation soar, with de Bromhead admitting how fortunate he is to work with the gifted jockey.

"She’s incredible to have on our team. I'm so happy for her. Probably the highlight of the week for me, as it encompasses most of our week, is seeing her being crowned champion rider.

"She is an amazing person to work with, the ultimate professional. We feel very lucky to have her."