Jonjo O'Neill Jnr won the biggest race of his burgeoning career to date as Native River landed the Betfair Denman Chase for the third time at Newbury.

Winner of the Gold Cup at Cheltenham in 2018 in a terrific battle from Might Bite, the two met again - but the have had contrasting fortunes since.

While Native River (2/5f) has maintained a consistent profile, Might Bite has regressed quickly and yet again Nicky Henderson's 2017 King George winner was found wanting at the business end.

Riding in the absence of injured champion jockey Richard Johnson, O'Neill kept things simple and set out to make all.

While he met a couple of fences wrong on ground quicker than ideal, Colin Tizzard's 10-year-old never looked in danger at any stage.

If anything he was just getting going after the last, and while Secret Investor kept him honest, Native River won by two and three-quarter lengths. 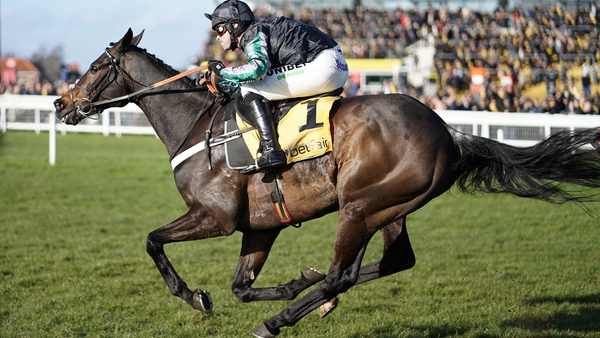 Odds-on Altior gets right back to winning ways